These are the best cars you may have missed at the 2021 Munich Motor Show.

After most major auto shows were canceled last year due to the pandemic, the International Mobility Show opened its doors to the media and public last week. This year, Europe's largest motor show moved from Frankfurt to Munich, where several important new models were shown to the world for the first time, from futuristic concepts to luxury EVs. These are all the star cars that you may have missed getting their public debuts at the IAA Mobility 2021 show, or Munich Motor Show.

There was no shortage of futuristic concept cars at the 2021 Munich Motor Show. One of the standouts was the Audi Grandsphere, a stylish concept sedan that previews the A8's future electric replacement. Featuring Level 4 autonomous technology, futuristic eye-tracking software, and a projection screen for watching movies, the Audi Grandsphere is powered by two electric motors producing a combined 710 horsepower and 708 lb-ft of torque. Not just is it high-powered, it has an electric driving range of 466 miles and sleek styling to die for.

One of the most unusual concepts at the 2021 Munich Show was the BMW i Vision Circular. Showcasing what an electric car could look like in 2040, the forward-thinking concept is made entirely from recycled materials. The solid-state battery is fully recyclable, the bumper is made from recycled plastics, and the interior features a 3D-printed steering wheel and a head-up display projecting all important information on the lower section of the windshield. With new digital elements acting as part of the styling features, this is quite possibly what cars will be in the future - dynamic, customizable, and reusable.

Mercedes stole the show at Munich, debuting more new cars and concepts than any other manufacturer. As it prepares to become an electric-only brand in 2025, Mercedes showcased an onslaught of electric EQ models at the show including the new EQB, essentially an electric version of the GLB.

Unlike the EQC before it, the EQB will be available in America, where it will be sold in EQB 300 4Matic and EQB 350 4Matic guises. The former produces 225 hp, while the latter has a dual-motor setup generating a combined 288 hp. In Europe, the EQB has a WLTP-rated range of 260 miles, but we expect it will be lower in America thanks to the EPA's stricter standards. Still, the point here is that Mercedes is making EVs look and feel as good as traditional cars.

Slotting below the EQS, the Mercedes EQE is the electric equivalent of the E-Class. Impressive tech from the EQS such as the massive 56-inch Hyperscreen and rear-wheel steering has carried over to the smaller EQE. Shown in its rear-wheel-drive 350 guise, the EQE utilizes a single electric motor producing 288 hp and 391 lb-ft of torque, enabling the electric sedan to accelerate from 0-60 mph in 5.6 seconds and achieve a top speed of 130 mph. Thanks to a 90-kWh battery pack, the EQE will last up to 410 miles on a single charge based on the WLTP cycle. EQS technology in a smaller and more affordable package is something we can definitely get behind.

We've been eager to see what AMG can do with the electric Mercedes EQ brand, and we got the answer at Munich with the Mercedes-AMG EQS. AMG's first-ever electric car packs two electric motors with one at each axle producing a combined 751 horsepower when using the boost function. With power being sent to all four wheels, the 0-60 mph sprint takes just 3.4 seconds before the AMG EQS tops out at 155 mph. Can rapid acceleration keep AMG's relationship with its V8-loving customers strong? This cars' success or failure will be the answer.

Mercedes-Maybach also debuted its first electric SUV in Munich with the classy Concept Mercedes-Maybach EQS. Finished in a lavish two-tone paint job with copious amounts of chrome, the EQS is equipped with all the luxuries and tech you would expect to find in a Maybach including the new 56-inch Hyperscreen and plush leather seats, wrapped in a sleek exterior. Like so many Mybachs before it, the point here isn't to ride in the prettiest car - it's to let everyone know that you have the best that the luxury world has to offer, even if that world is now electrified.

With Mercedes becoming an electric-only brand in 2025, it's only a matter of time before the G-Class gets transformed into an electric off-roader. Previewing the production electric G-Class due to arrive in 2024, the EQG Concept retains its combustion-powered sibling's boxy design and outstanding off-road capability. Unique styling cues like illuminated stripes and an illuminated three-pointed star set it apart. Replacing the regular G-Class's V8 are four electric motors, but Mercedes hasn't provided any technical specifications beyond that. We'll likely hear more on this exciting EV soon, though, so keep checking back with CarBuzz for the latest.

Finally, we have something from a different part of Stuttgart. Porsche didn't showcase any road cars at the Munich Motor Show. Instead, it surprised us with the Mission R, a radical electric-two-door race car concept producing up to 1,072 horsepower from two motors driving all four wheels. With this setup, the Mission R races from 0-62 mph in under 2.5 seconds and hits a top speed of 186 mph. The Mission R isn't just for show either, as Porsche intends to put it into production, likely in a one-make series. But as so many fans of the brand have mused, isn't it time for Porsche to bring us a 918 Spyder successor?

Smart is best known for making tiny (and often terrible) city cars like the funky ForTwo. At Munich, Smart previewed its first-ever SUV with the Concept #1. Measuring 168.9 inches long 75.1 inches wide, and 667 inches high, the Smart Concept #1 is similar in size to the Mini Countryman, making it the brand's largest vehicle yet.

On the outside, the Concept #1 boasts 21-inch wheels, LED light strips, and a floating glass roof, while the high-tech interior is equipped with a 12.8-inch touchscreen. When the production model launches in 2023, the spacious SUV will have room for up to five occupants.

Following the success of the ID.4 in America, Volkswagen will expand its electric ID. range with a new affordable electric city car. The retro-inspired ID. Life brings this vision to life, previewing an EV that will cost around 20,000 euros ($23,700).

With an electric motor generating 230 horsepower, the ID. accelerates from 0-60 mph in 6.9 seconds. Unlike the ID.4, the ID.Life is FWD only. Inside, the concept includes a projector screen for watching movies and playing games. The production version of the ID.Life is expected to arrive in 2025. Your move, Tesla.

The Ford Mustang Mach-E is getting some unexpected competition from Renault with the Megane E-Tech. Inspired by the Megane eVision concept, the Megane E-Tech has a range of up to 292 miles and is powered by an electric motor producing up to 215 hp. Inside, the Megane E-Tech Electric features a new 12.3-inch digital instrument cluster and a 12.3-inch screen for the infotainment system. Sadly, just like the Megane RS hot hatch, there's zero chance America will get this sleek electric crossover.

The adorable Microlino, on the other hand, has a better chance of coming to America. This modern-day version of the BMW Isetta bubble car is available in three configurations, offering ranges between 60 to 143 miles, which is comparable to a BMW i3. As for performance, the Microlino has a maximum speed of around 56 mph but only needs around five seconds to hit 31 mph. It will initially be built in Italy but Micro plans to build and sell it in the US if it can find a partner.

What was your favorite car of the show, and what do you hope to see at the next big auto event? We're hoping for new hypercars from Ferrari, McLaren, and Porsche. 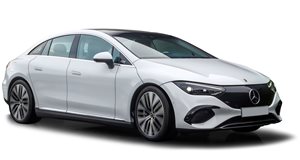 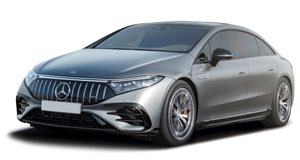 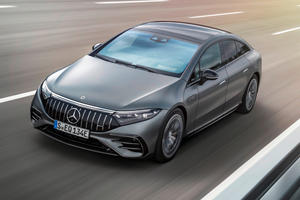 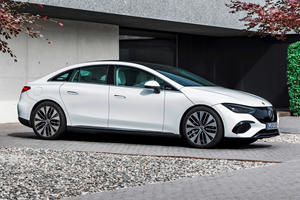 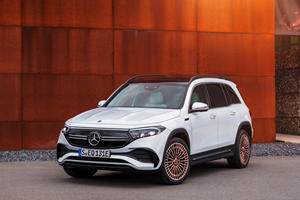