The reality is that most people start their driving life in a cheap, used car suitable for not much more than getting from A to B on a budget. The good news is that once an enthusiast has paid their dues and saved up some cash for their first new car, there are plenty of reasonably priced performance-based cars out there. There's a great variety of choices ranging from cheap, fun front-wheel-drive cars to realistically affordable, dedicated sports cars. To help those looking towards getting into their first new enthusiast's car, we've put together a list of the models we think should be highlighted for 2020.

Both the Toyota 86 and it's Subaru twin, the BRZ, offer one of the best chassis you'll find on a road car that doesn't have a high price tag. We're not huge fans of the 2.0-liter Subaru flat-four engine making 205 horsepower, but the chassis performance and steering response and feel make it almost irrelevant. Separating the 86 from Mazda's MX-5 is the addition of a rear seat and a fixed roof. The rear seats will work for passengers in a pinch, but there's enough room in the back with them folded down for a couple of weeks worth of shopping, or, more importantly, a full set of wheels and tires for a track day outing.

If you're looking for a gateway drug into hot hatches, it's worth checking out the Elantra GT. Under the hood is a 201-horsepower turbocharged 1.6-liter engine, and the GT chassis gains an upgraded suspension and braking system. However, it's humdrum stuff until you check out the N Line model that goes further with the suspension an upgrade to multi-link independent rear suspension. The brakes are also upgraded further, and N Line brings a sportier look to go with its extra bite. While it's not quite a hot hatch, the Elantra GT in N Line guise is more fun than it should be to chuck down a twisty road and learn how to wield a front-wheel-drive car.

The days owning of owning a non-V8 powered pony car being shameful are over. Unfortunately, the Camaro is often left in the shadow of the Mustang's EcoBoost models. However, the base Camaro 2.0-liter turbo four-cylinder engine producing 275 horsepower and 295 lb-ft of torque is no shrinking violet. At lower revs, the four-pot feels punchier than the available 335-hp V6 which only makes 284 lb-ft of torque. With either engine, though, the Camaro's chassis is a beauty and firmly moves the Camaro into the world-class sports car bracket. We wouldn't spring for the V6 if we couldn't afford the V8, as a four-cylinder Camaro is one of the best bang-for-the-buck performance car bargains around.

Not only is the Golf GTI still one of the best hot hatches money can buy, but it's one of the best daily drivers we can think of for an enthusiast. Until the 2021 model arrives, the GTI comes with a crisp 2.0-liter four-cylinder engine generating 228 hp and 258 lb-ft of torque. You can also choose whether to row your own gears or opt for the DSG dual-clutch automatic, which includes launch control as an extra feature. The engine resides in a beautifully balanced chassis that rewards fun-seekers with lift-off oversteer and more cultured drivers with pinpoint accuracy and solid lap times. We're still waiting for the 2021 model to land later in the year, and expect it to be just as fun and rewarding to drive.

The Ford Mustang has grown into a full-blooded sports car as capable on the back roads and track as specialist models were back in the 1980s. The four-cylinder 2.3-liter EcoBoost version puts down 310 hp and 350 lb-ft of torque, which is more than a stock 1991 Mustang 5.0 made. That puts things into perspective, and when you mix it with the current Mustang's sharp and responsive chassis and independent rear suspension, it's a winning recipe. For those that can stretch over $30,000, a base model with the $4,995 High Performance package added is a wickedly fast and fun car for $31,665.

The Honda Civic has been a gateway into car enthusiasm for decades now. While the Si isn't anywhere near as wild as the Type R model, it's cheaper and offers a refined balance between performance, comfort, and practicality. Your money gets you the choice between a coupe or four-door Civic Si sedan. It also gets you a six-speed manual with a quicker final-drive ratio than the non-sport based Civics, as well as some exceptionally comfortable and supportive sport bucket seats. Under the hood, the turbocharged 1.5-liter four-cylinder produces 205 hp and 192 lb-ft of torque. On paper, that isn't exactly staggering, but that torque figure comes in at just 2,100 rpm and gives the Si and exciting edge on the back roads.

The Subaru WRX sedan is low on frills but high on thrills. The drivetrain packs a big punch, with a 2.0-liter turbocharged boxer-four sending 268 hp and 258 lb-ft of torque to all four wheels through an excellent all-wheel-drive system. There's a lack of overall refinement and the infotainment system is dreadful, but there's plenty of room inside, and it's a tremendous amount of fun to drive, especially at ten-tenths. There's nothing quite like throwing a WRX deep into a corner and using the all-wheel-drive system to dig it back out again. We're big fans of the WRX's chassis, and if the more expensive STI version is out of reach, there's still big grins and performance to be had with the basic WRX.

If we made a list of cars that most often appeared on a list, the Miata would be number one. There's not much new to say, as, after decades in production, the MX-5 still provides a distilled driving experience that's hard to beat, inspiring even the greatest Koenigseggs. With just 181 hp and 151 lb-ft of torque to offer, the MX-5's on-paper performance might seem disappointing. But it weighs next to nothing, and it isn't meant to be a straight-line monster. The pleasure is in wringing out the engine to its redline, while making full use of the sophisticated chassis that's remarkably free of electronic assists compared with more expensive sports cars. If you don't need a back seat or much cargo space, there's nothing better new for under $30,000 on dealer's lots.

For an outstanding deal on a warm hatch, the Forte GT has a lot to offer. The 1.6-liter turbocharged engine develops 201 hp and 197 lb-ft of torque and comes with a choice of either a six-speed manual gearbox or a seven-speed dual-clutch transmission. The suspension has been sport-tuned and the GT features Stinger-inspired styling and 17-inch alloy wheels. We wouldn't necessarily take it over the Elantra GT, but it's worth cross-shopping the two for a fun little daily driver, especially if you prefer your daily fun in the shape of a sedan.

The Golf GTI is Volkswagen's symbol of accessible performance. The Jetta GLI is often forgotten, but those that want a performance bargain that flies under the radar should take a second look. The compact sedan is powered by the GTI's 2.0-liter turbocharged four-cylinder engine and sends 228 horsepower and 258 lb-ft of torque to the front wheels via an electronic limited-slip differential. Manual transmission fetishists will be pleased to know that's an option alongside the excellent seven-speed DSG dual-clutch auto, and it's one of the best around. What you don't get compared to the Golf GTI is the interior embellishments, and that's no bad thing for a fun but inexpensive daily driver.

The Hyundai Veloster N doesn't offer as sophisticated an interior as the Golf GTI, but it packs one hell of a performance punch for less money. Under the hood is a 2.0-liter four-cylinder engine, but with a big turbo strapped on. With the available Performance Package, the engine produces up to 275 horsepower and 260 lb-ft - more than the Golf GTI. The chassis is eager and a lot of fun, and with the optional limited-slip differential installed, it's an autocross animal and back road brawler. For everyday driving, we would take the more compliant suspension of the GTI, but for taking it out for a sound thrashing, we'll call it a draw. 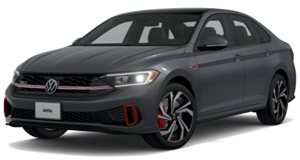 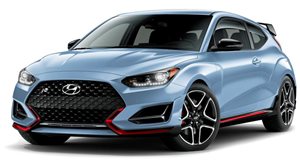