Can't Wait For The Mini Cooper SE? Here Are 7 Cheap EVs You Can Buy Now

It's been two years since Mini first showed off an electric concept, but the production version has finally arrived called the Mini Cooper SE. The car looks great but with a borrowed electric motor from the BMW i3 producing 181 horsepower and 199 lb-ft of torque, Mini estimates the Cooper SE will only travel around 146 to 168 miles on the European WLTP test cycle. On the EPA cycle, that range will be closer to just 114 miles.

Mini hasn't announced pricing but it seems unlikely the Cooper SE will drastically undercut other EVs in the mid-$30,000 price range like the Chevy Bolt, Kia Niro EV, Nissan Leaf, and Tesla Model 3. So if you don't feel like waiting for the Mini, which will likely arrive at dealerships in 2020, here are seven cheap EVs you can buy right now on the used market.

Believe it or not, due to the steep depreciation on most non-Tesla electric cars, the Chevy Bolt has already become very affordable. We found several used Chevy Bolt examples under the $20,000 price range, putting it right around the same price as a brand-new Chevy Cruze. The Bolt's 60 kWh battery allows for up to 238 miles of driving range, which far exceeds the Mini Cooper SE. And with 200 hp and 266 lb-ft of torque on tap, the Bolt's 0-60 mph time of under seven seconds should be quicker than the Mini as well.

Why settle for a Mini with a BMW drivetrain when you can have the real thing for less? Unlike the FWD Mini, the BMW i3's electric motors send power to the rear wheels for a sporty driving experience. Admittedly, the Cooper SE uses an improved battery pack from the i3S but unlike the i3, can not be optioned with a gasoline range extender. The i3 boasts an electric driving range of just 72 miles but the range extender model can travel 150 miles on a full tank and charge. Even with the optional range extender, used i3 prices begin at around $13,000.

The Mercedes B-Class won't win any beauty pageants against the Mini but it is significantly larger. Its driving range of just 85 miles won't be enough for some buyers but since Mini is targeting city dwellers with its new car, the B-Class could be just fine if you need more cargo capacity. Used B-Class examples can now be found starting at just $13,000.

The Mini Cooper and the Volkswagen Golf have always been close competitors and even in the transition to electric powertrains, the battle wages on. VW has been selling the e-Golf since 2016 and prices have now dipped below $10,000 for used examples. Although it only offers an 83-mile driving range, the electric motor produces 115 hp and 199 lb-ft of torque, which matches the new Mini.

Nissan was one of the first automakers in the US to offer a mass-market electric car with the Leaf back in 2011. Its 84-mile driving range may not be competitive today but used Leaf prices have now dipped below $5,000, making it a bargain for drivers who don't travel long distances for work. If you can step up to the second-generation Leaf (from 2018 model year onwards), the range improves to a healthy 151 miles. Prices for a used 2018 Leaf now start for just under $20,000.

If all you want is the cheapest possible means of transportation to take you from point A to point B, look no further than the Mitsubishi i-MiEV. The i-MiEV offers a pitiful range of just 62 miles and only 66 hp but prices now start at less than $5,000 for a used model with extremely low mileage.

Early EVs were criticized for their lack of style so the Mini Cooper SE is a welcomed entrant into the segment. But if it's European chic you're into, why not check out a used Fiat 500e. The 500e was originally only sold in California and Oregon but used examples can be found across the US starting at around $6,000. The driving range is just 84 miles but it does offer a similar style to the new Mini for a lot less. 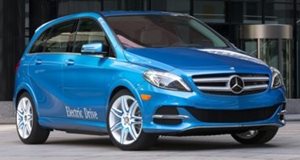 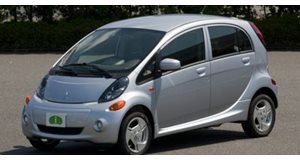