Cars Of The Rich And Famous Crime Lords

Crime does pay. Right up until it doesn't.

On a surface level, and even in the undercurrents, there's not a big difference in the lifestyle and trappings of business and crime leaders at the highest levels. Whatever path people choose when they aim to be fabulously wealthy, they tend to end up spending it in the same ways. Whether the cash is legally obtained, ethically questionably obtained, or through heading up a drug cartel then big houses, flashy cars inevitably end up as part of the lifestyle of the rich and infamous.

What's interesting to us is the choice of cars your average crime lord chooses, particularly if they have any form of actual automotive enthusiasm. After all, crime lords are people too.

It's impossible to talk about crime lords and cars without mentioning Pablo Escobar, and we wouldn't want to. It's a fascinating story and his collection had real depth and breadth. Among the cars he owned were a 1972 Mercedes S600 Pullman, Mercedes 190SL Roadster, 1928 Cadillac V8 Town Sedan, 1946 DeSoto, Porsche 935V, 1974 Porsche 911 RSR, and one of the rarest Porsche's out there: A 1964 Porsche 356.

But let's rewind to that 1974 Porsche 911 RSR as Escobar did race it. He was a true enthusiast and loved to race when he wasn't having people executed as he ran his cocaine empire. According to legend, he bet one of Colombia's most famous racing drivers, Ricardo "Cuchilla" Londoño, that he could finish within 15 seconds of him at a Medellin Hillclimb. Londoño only beat Escobar by 8 seconds though, and Escobar was incredibly proud of that.

The 911 RSR was raced by Emmerson Fittipaldi in the '74 IROC series before Escobar bought it. The car managed to escape destruction and has since ended up back in the US and in its original colors.

Pablo Escobar's spiritual successor is the notorious Joaquín "El Chapo" Guzmán. The head of the Sinaloa cartel is behind bars in the US at the time of writing, but his history of escaping confinement means that could change anytime.

Chapo's car collection is, or was, nothing short of spectacular and includes a Dodge Charger American law enforcement clone, a Renntech modified Mercedes-Benz SLR McLaren, A Nissan GT-R, a Dodge Viper, 2 armored Ram trucks, and 4 armored Jeep Chrokees. Let's swing back to the Mercedes-Benz SLR McLaren modified by the Florida based company Renntech for pictures though. Apparently a standard one just wasn't fast enough.

Not only is self-proclaimed El Jefe (The Boss) still alive, but he's also the President of Equatorial Guinea, and has been since the bloody coup to overthrow his uncle's rule and ended in the family member's execution. He makes this list after pulling the immense gangster move of telling his citizens that he was taking full control of the national treasury in order to prevent corruption. Predictably, he promptly deposited half a billion dollars into more than sixty bank accounts controlled by himself and his family. Mbasogo is currently under investigation by several countries, including the United States.

One of the things he purchased with his new-found extreme wealth is exotic cars. 11 of those cars were seized in Europe from his son and auctioned, and one of them is an incredibly Lamborghini Veneno.

When the most famous gangster in history, Al "Scarface" Capone, had climbed the ranks in the 1920s to become the head of the 'Chicago Outfit,' he found himself needing a personal security upgrade after attempts on his life were made. The story of the gangster that told the world "I am just a businessman, giving the people what they want," is well documented, including his 2 armored Cadillacs.

The Cadillacs weren't just armored though, it also featured a beefed-up V8 engine and a standard police siren mounted along with flashing police lights mounted behind the grille. There was even a police radio tucked away in the glove compartment.

The surge of crack-cocaine in the 1990s and 1980s rolled through the country and laid waste to many city areas. One of those was Detroit, and at the height of Detroit's hunger for crack a man named Richard Carter rose to become king. It wasn't just his business savvy that made his name, but his high-rolling lifestyle attracted attention along with his love of cars and one brand in particular. That got him the nickname of Maserati Rick at the height of his reign. Details and pictures of his cars aren't easy to find, so enjoy these pictures of a 1992 Maserati Shamal.

White-collar criminals don't usually get big headlines, but Sandeep Singh-Dosanjh made them in the UK after attracting the attention of Her Majesty's Revenue and Customs (HMRC). Singh-Dosanjh was the head of an organized crime gang that managed to defraud HMRC out of a staggering £38 million over the course of just 69 days. They perpetrated the scam by trading fraudulently in EU emissions allowances, also known as carbon credits, through a series of fake companies. They didn't get long to spend the ill-gotten gains, and Singh-Dosanjh's Rolls-Royce Phantom was seized immediately after his arrest.

Luis Hernando Gomez Bustamante's story starts with him working in a gas station before rising to a level where, when he was arrested, he had $100 million in assets that included two dozen offices, 68 farms, and around 20 parking lots. As a trafficker for the Colombian Norte del Valle Cartel, Bustamante amassed a crazy amount of wealth right up until the point it was taken away. One of the cars seized was a Ferrari 348 TS and, instead of auctioning it off, Colombia's National Drug Office handed the Ferrari over to law enforcement to be used as a police car. It's never been used for chasing criminals, but instead was displayed around the Columbia before going on display in a museum.

After being arrested in Spain and extradited to France, drug trafficker Alexander Surin had a bunch of vehicles seized in Switzerland and the United Kingdom. Surin liked a Ferrari. So much, in fact, that he was an enthusiastic contributor to forums and comment sections on websites including Ferrari Chat, Pistonheads, and Benzworld. He used the screen name Icemanbops. Iceman being slang for a cocaine dealer and bops is possibly a reference to his real or other name or the slang term for ecstasy. He appeared particularly proud of his SLR Roadster and Ferrari Enzo. It's possible he even managed to locate and purchase 2 Enzo's.

Kong Meng Vang, also known as Steve, owned Vang's Dyno Performance in Tulsa, Oklahoma. Along with his car-based business, Vang also had a large collection of enthusiast cars, several homes, and, when he was caught, 1500 pounds of California's finest hydroponically grown weed. This is not the biggest criminal name on the list, but the list of cars that ended up being auctioned is a Radwood enthusiasts playground. 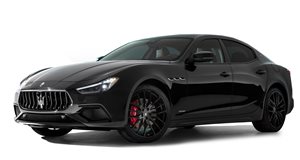 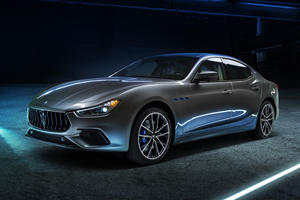