Genesis just pulled the wraps off its latest concept car, dubbed the Genesis X. The car is achingly pretty, and we can already hear the chants for Genesis to build it. So, how likely is Genesis to build a production model of this stunning coupe? That's what we are here to discuss. Automakers release stunning concepts like this all the time but rarely do they make it to mass production without major changes. This one could be different though.

On many occasions, Genesis has vowed to turn its mesmerizing concepts into reality. Genesis' parent company, the Hyundai Motor Group, has similarly stated that its concept cars are never just for show and that details from them will influence future models. Here's what you can expect to see from the Genesis X.

What Will It Be Called?

Genesis says it chose the letter X to represent a "hidden hero," whatever that means. While the name isn't terrible, it doesn't roll off the tongue well, and nor does it match the current Genesis naming scheme with G for sedans and GV for crossovers and SUVs. If Genesis does build a flagship Grand Touring car, we'd assume that one of the company's trademarked names will be used. Possible names currently registered include GT70, GC70, GT90, and GC90.

While the GT names make sense because the car will be a Grand Tourer, we think there are too many models on the market with GT in their name, including the Mustang GT, Ford GT, AMG GT, and more. It's entirely possible that Genesis could introduce an affordable sports car called the GC70, but we think the GC90 name seems more appropriate for the flagship model in the company's portfolio. So that's what we'll call it for now.

What Will Carry Over From The Concept?

Looking at past HMG concept vehicles, it's clear that the company likes to preview design languages that will appear on future models. The Hyundai Le Fil Rouge Concept inspired the grille for the 2022 Tucson and Santa Cruz, the Hyundai 45 Concept heavily influenced the Ioniq 5, the Kia Imagine Concept loosely became the EV6, and the Genesis Mint Concept will morph into the upcoming 2022 Genesis GV60. While none of these examples reached production without significant changes, they all turned out pretty darn close to their concepts.

Since Genesis imagines the X being a two-door Grand Touring car, we hope it will not change much from the production design. Elements such as the two-line headlights and taillights, crest grille, five-spoke wheels, neon green accent brake calipers, and sexy silhouette should all hopefully influence the final design.

Like any concept vehicle, certain details won't make it to production. Those digital side mirrors will have to go because they aren't currently legal in the United States, and the clamshell hood might be a waste because there's no engine under it anyway. As for the rest of the exterior, it looks surprisingly production-ready.

The interior is a different story. This cabin clearly looks like it was designed for a concept, which is why the show car Genesis showed to journalists was only a shell sans interior. The design looks far too futuristic and nothing like any current production Genesis. We think the production GC90 will borrow many of the buttons and switches from models like the G80 but arrange them in a sportier fashion.

No performance specs were announced for this concept car, but we can make educated guesses based on other recent HMG products. The Kia EV6 GT is the most powerful HMG EV model to date, packing two electric motors combining to produce 576 horsepower and 538 lb-ft of torque. Kia says the EV6 GT can sprint to 60 mph in only 3.5 seconds, which is the same as an Audi R8 supercar. Since the Genesis GC90 would likely be a much more expensive and luxurious vehicle, we can only imagine it would boast superior performance specifications. The EV6 GT is already seriously impressive, so the GC90 could reach insane speeds.

Pricing is anyone's guess, but if the Genesis X does arrive sporting more power than the EV6 GT and those sexy concept looks, we doubt it will cost a penny under $100,000. The Genesis brand likes to undercut its European luxury rivals on price wherever possible, but the GC90 wouldn't have too much direct competition as of yet. Audi, BMW, and Mercedes haven't announced any two-door all-electric GT cars that would compete with this, but the Audi e-Tron GT and Porsche Taycan are pretty close. Maserati is working on an electric version of the new Gran Turismo, which will be the GC90's closest rival. 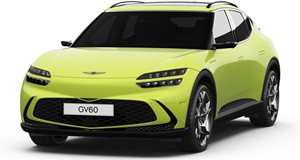 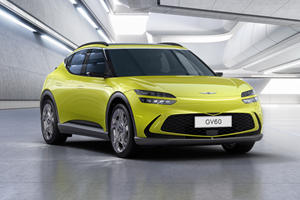