When we think of General Motors in the US, Cadillac, Chevrolet, Buick, and GMC spring to mind, but since General Motors was formed in 1908, it has gone on a mission to acquire or launch new brands, and not just in the US. Its reach is worldwide and includes Africa, Asia, Europe, Oceania, and South America. Over the decades, its long list of brands have included, or still include, big hitters like Daewoo, Holden, Lotus, Opel, Saab, Vauxhall and Wuling. Lesser known brands on the world stage GM has owned, or still owns, include Ranger in South Africa, Passport in Europe and Asia, Epic in Canada, and Baojun in China. There's been plenty of badge engineering across the brands GM has owned or controlled, but some have stood on their own and produced some wonderful cars.

In the history of batshit crazy homologation vehicles, Australia has a particularly proud entry, even if it has a Brit's name attached. The Holden Commodore SS Group A SV Walkinshaw wasn't particularly well-liked at the time in Australia and New Zealand due to the crazed aero parts, which, while not particularly eye-pleasing, are incredibly efficient. The 5.0-liter V8 under the hood is built using a specially cast block and features bespoke crankshafts, connecting rods, and pistons for an output of 240 horsepower and 280 lb-ft of torque. Those were big numbers at the end of the 1980s, but it's the effect the car had on Holden that commands its high price today. It ushered in 30 years of HSV's renowned engineering and brought European ideas about aerodynamics to Australian car design and culture. Only 750 were built, but it was a slow seller, and there are stories of dealerships removing and replacing aero parts to make it more palatable to sell. Now, when they pop up for sale with everything still attached, they can be listed for as much as a million dollars.

The fact that GM had both Lotus and Vauxhall under its umbrella at the same time led to one of the most legendary vehicles to grace European roads. The Vauxhall Carlton was the British name for the Opel Omega and a decent executive sedan. However, once Lotus had finished with it, the performance version became so notorious that the Daily Mail newspaper and the Association of Chief Police Officers tried to have it banned. One particular model with the registration 40 RA was stolen and used by a gang of thieves to go on a ram raid (the act of smashing a car through a store window and filling it with goods before driving off) rampage. One police officer said that "We simply haven't been able to get near the thing and it looks unlikely that we ever will."

The Lotus Carlton competed directly with the BMW M5 and could go toe-to-toe with Ferrari and Lamborghini models when it launched in 1990. Lotus tuned the chassis, suspension, and brakes, but the centerpiece was its re-engineered straight-six engine. Part of the re-engineering was adding two turbochargers and attaching the engine to the same ZF manual transmission used in the C4 generation Chevrolet Corvette ZR1 that Lotus also had a heavy hand in. The result was 377 hp and 419 lb-ft of torque, making it the fastest sedan in Europe for quite some time.

In the annals of Group B homologation specials, the Opel Manta 400 is often forgotten, mainly because it was rear-wheel drive and the Audi Quattro turned up and instantly made it redundant. The Manta 400's previous incarnation, the Ascona 400, fought hard with the Quattro in 1982 but when the rules became more permissive, Audi and Lancia took off into the dusty distance. However, the Manta 400 was still a terrific road car in homologation form. Its Cosworth-tuned engine made just 144 hp but the car weighed just 2,486 pounds. It had a live rear axle but also a limited-slip diff. Only 245 Manta 400s were built and are hugely entertaining to drive. The one below is one of only 59 produced with the Irmscher body kit and sits on Ronal alloy wheels.

GM sold Lotus in 1996, but it wasn't the end of the relationship. Due to changes in crash safety legislation, Lotus needed to replace the Elise but lacked the funds to develop a new car. General Motors stepped up and made a deal with Lotus for the sports car maker to build Opel and Vauxhall a car based on the new Elise chassis. As well as different styling of the fiberglass body, the Opel Speedster used a 2.2-liter GM Ecotec engine instead of the new Elise's tuned Toyota engine. The use of fiberglass and an aluminum frame brought the weight down to 1,929 pounds, but the more powerful 200-hp turbocharged engine quickly increased the weight to 2,050 pounds. The Speedster and VX220 were good enough that journalists at the time viewed them as being better value for money than the actual Lotus Elise.

The Daewoo Lacetti is a wonderfully confusing model. The four-door version of the cheap sedan was designed by the legendary design house Pininfarina. For even more kudos, the five-door was designed by Giorgetto Giugiaro, the man that is responsible for the design of, amongst many others, the DMC DeLorean, Volkswagen Golf Mk1, Lotus Esprit, and two Ferrari 250 GT model styles. The Lacetti had many different names and was sold as the Holden Viva in Australia, the Ravon Gentra in Russia, and, for a while, the Daewoo Nubira in Europe.

Things get strange because it was the Buick Excelle in China and the Chevrolet Optra in Canada, South America, South Africa, and the rest of Asia. In Europe, it became the Chevrolet Lacetti. However, it was the Suzuki Reno (hatchback) or the Suzuki Forenza (sedan) in the US. GM may have missed a trick by not just badging it as a Chevrolet everywhere but South Korea as the Chevrolet Lacetti, though. It became world-famous when it was used in Top Gear's recurring 'Star In A Reasonably Priced Car' segment while the show was heading to its peak of being the most-watched TV show in the world. You couldn't pay for that kind of name recognition and advertisement to how resilient a car is to abuse. If you want one, GM Uzbekistan still makes them. Come on, who doesn't want to recreate the Top Gear test track and try and beat Gordon Ramsay's Lacetti time?

In reality, the British brand Vauxhall's performance sedan zenith was a group effort using American engines and Australian engineering. It used GM LS V8s and was based on two Holden Special Vehicles models, the HSV Clubsport and the HSV GTS, so you're getting three cars in one here. Or one car if you consider it's based on the Holden Commodore. Any way you slice it, the VXR8 is a lunatic of a car. It opened its account in 2007 with a little over 400 hp provided by a 6.0-liter LS2 V8, but by the time the VXR8 finished its production run, it was powered by a supercharged Gen IV 6.2-liter LSA engine making a little over 570 hp. It was the spiritual follow-up to the Lotus Carlton, but the only downside is that Vauxhall made sure it had a long list of driver aids that didn't suit the car in a bid to compete with Mercedes-AMG models. 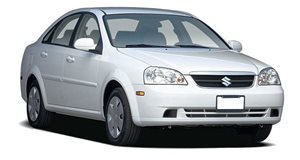 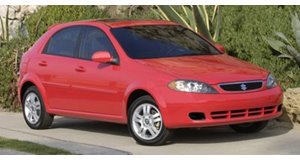