History Of The Modern Electric Car

The 10 most important cars that got us to where we are today.

The first electric cars were built in the 1830s, while electric taxis were commonplace in New York until the early 1900s. However, the rise of the internal combustion engine in the 1920s put an end to that. As the internal combustion engine offered a much higher range, commercial electric cars ceased to be viable commercial products until automakers started looking at them seriously again in the 1990s. The catalyst for the modern all-electric car came when California passed the Zero Emission Vehicle (ZEV) Mandate that aimed to ensure that two percent of the vehicles sold in the state would be zero emissions by 1998, and 10 percent by 2003. However, before the legislation came into effect, GM took the bull by the horns, and that's where we'll start our history of the modern electric car.

The 1990 GM Impact electric concept not only inspired California's legislation, but also the General Motors EV1 that was designed from the ground up as a fully electric car and marketed as a General Motors product. The vehicle was only initially available through lease agreements for residents of Los Angeles, California, and Phoenix and Tucson in Arizona. Consumers warmly received it, 1,117 were built across two generations, and the second generation had a range of 80-100 miles. GM wasn't happy about the cost of the lead-acid battery technology, though, and toward the end of its run, EV1 models were retro-fitted with NiMH batteries.

Ultimately, GM controversially canceled the program in 2002. The reason given was that the company believed electric cars to be an unprofitable niche in the automotive market for the foreseeable future. Lessees weren't given the option to buy the vehicles, and GM repossessed them. All but around 40 were crushed and those remaining cars were donated to museums and educational institutes once the drivetrains were deactivated.

There's been a lot of excitement about electric trucks, but Chevrolet got there first in the late 1990s. Its offering was marketed and sold to utility fleet customers and based on the base model regular-cab, short-box, S10 truck. Both lead-acid and nickel-metal hydride batteries were an option and even featured regenerative braking. The choice was between a 16.2 kilowatt-hours (kW-hr) lead-acid battery system or a lighter and more expensive 29 kW-hr Ovonic NiMH system. Only 60 models were sold, and around 440 were leased, and then later scrapped like the EV1. GM later experimented with converting a 2004 model to rear-wheel drive using in-wheel electric motors.

Honda's EV Plus served a few purposes for the Japanese brand. It met the Californian requirements for zero-emission cars and served as a testbed for advancing battery chemistry, as well as the pancake-style motor and other components used later in Honda's hybrids. The batteries were further developed and used in the Honda FCX Fuel Cell Vehicles that started to be built in 1999. Between 300 and 340 EV Plus models were built priced at $53,999 despite Honda only ever letting them out on three-year leases. Fifteen went to a California university car-sharing program. The battery had a capacity of 28.7 kW-hr and took 24 hours to charge from a 110-volt supply, but just two hours from a 220-volt socket. The range was between 78 and 105 miles depending on auxiliary loads. An EV Plus was even prepared to race up Pikes Peak. More batteries were added, then it was converted to be mid-engined and rear-wheel drive. It completed the run in 15 minutes and 19.91 seconds.

It was as far back as 1997 that Toyota started producing all-electric vehicles when the RAV 4 EV came out alongside the Toyota Prius. 1,484 units of the first generation were sold or leased in California to meet the state's requirements, and the rest went to fleets in other parts of the country. The RAV4 EV had an estimated range of 95 miles and was powered by 24 12-volt NiMH batteries that stored 27 kWh of energy. It used conductive charging technology, and the battery could be charged in around five hours from a 240 volt supply. The prototype for the second generation was built within weeks of Toyota and Tesla signing a joint development agreement. The production model used Tesla's battery and electric powertrain technology and a lithium-ion battery rated at a capacity of 41.8 kW·h. Its range was between 80 to 120 miles while making a respectable 154 horsepower and 270 ft-lb of torque.

The Tesla Roadster launched in 2008 as the first serial production and road legal all-electric car running on lithium-ion battery cells. It had an estimated range of 244 miles and was the first production electric car confirmed to break the 200-mile barrier on a single charge. Tesla made people sit up and notice because it showed that electric vehicles could become viable for everyday use in terms of range. Another part of the reason it captured so many headlines was its zero to 60 mph time of 3.7 or 3.9 seconds, dependent on model. The Tesla Roadster was proof of concept that production electric cars could deliver both practical range and performance.

Just two years after Tesla debuted its first car, Nissan launched a small and relatively affordable electric city car with a range of 73 miles. A 21.2 kWh battery system originally powered the Nissan Leaf while the second-generation moved to a 40 kWh battery pack, doubling the range to 151 miles. The Leaf Plus turned up in 2019, offering a 62-kWh battery and a 226-mile range. By January 2020, Nissan had sold 450,000 models of the Leaf worldwide, and Nissan declared it "the world's most popular EV." However, in reality, it's an incredibly close call with the Tesla Model 3, which didn't launch until 2017.

BMW's first run at a production all-electric car came in 1991 with a small city car called the E1. It was built using aluminum and recycled plastic and had a range of around 125 miles. In the same vein, the BMW i3 is also a small city car, built using lightweight materials, including aluminum and carbon fiber reinforced plastic (CFRP). In fact, it was the first mass-production car to have most of its internal structure and body built using CFRP. The original 22-kWh battery pack was upgraded to a 33-kWh system in 2017 then to a 42.2-kWh pack in 2018. Over its single generation development, the i3's range has increased from 81 miles to 153 miles. It's been a strong seller for BMW, but sales slumped in 2019 to put it at the tenth best selling electric vehicle in America.

GM Korea started developing the Chevrolet Bolt back in 2012. In its first production year, Time Magazine listed the Bolt in its Best 25 Inventions of 2016, and Motor Trend named it Car Of The Year for 2017. The Bolt uses what's described as 60-kWh "nickel-rich lithium-ion" batteries and has a current range of 238 miles. By the end of 2019, the Bolt's total sales in the US registered at 65,306, but it's having a tough time now as the combination of the Bolt and Volt's sales are now over the cutoff point for buyers receiving a federal tax credit. That leaves it at a big disadvantage when other electric cars can be sold with up to a $7,500 federal rebate as an incentive.

Back in 2006, Elon Musk said that the Model 3 would be affordable to most people shopping for new cars. Within a week of debuting the Model 3 in 2016, the company reported 325,000 people had made a refundable deposit of $1,000. It's been a tough run for the Model 3 in terms of meeting production demands, but by the end of 2019, Tesla had delivered 448,634 models, and as of March 2020, it's the world's best-selling electric car. As of the time of writing, there are several versions available in terms of range starting at 220 miles going up to 325 miles. The Model 3 also boasts solid performance figures comparable to similar size and priced sedans, and the ability to use Tesla's Supercharger technology to add 180 miles of range to the battery in 15 minutes.

With the Model S, Tesla set the benchmark for straight-line performance and driving range with an all-electric vehicle. Porsche had been teasing its electric sports sedan for a few years before finally unveiling the Taycan in 2019. The base model boasts 563 horsepower and 479 lb-ft of torque and a zero to 60 mph time of 3.8 seconds compared to the Model S's 3.7 seconds. However, in terms of handling and grip, the Model S gets left behind by Porsche's decades of performance car know-how. The Taycan Turbo elevates power to 750 hp and 774 lb-ft in "overboost" mode.

The Taycan shows us we've reached another stage in the evolution of the electric car. We've reached the stage where range anxiety is a thing of the past for commuter cars, and now we have a choice in what kind of EV we want, whether its a small city car, a mid-size sedan, a crossover, or an absolute performance monster. Next will be full-size SUVs and trucks with useable ranges and useful performance. 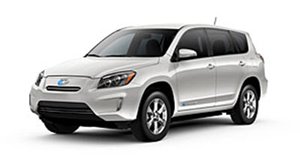