Lewis Hamilton has millions of fans and an equal number of haters. They don't like it when he makes a statement, which he loves to do regularly. At the Qatar Grand Prix, he chose an LGBTQ+ lid, and he intends to do the same at the upcoming Saudi Arabian Grand Prix.

At one end, you have a crowd of adoring fans cheering him on for making a statement against archaic laws, while the other side argues that Formula 1 is not his platform to use. There's always somebody threatening to stop watching because of Hamilton's personal beliefs.

We don't like to get political here, but sometimes, the topic is simply unavoidable, especially in the world's most popular form of motorsport. This is the story of a black woman making a massive contribution to F1 racing, becoming the first black woman to get on an F1 podium. And like it or not, the move was initiated by Hamilton.

While you are free to have your own opinion on the above, we prefer facts. For example, did you know that the average age of an F1 viewer is 32? Other sports would kill to have that kind of exposure in that age bracket. More importantly, female viewership has doubled over the last four years, and the viewer base is diverse. These were the significant findings of a global survey commissioned by Motorsport Network with the participation of F1 and Nielsen Sports.

According to the survey, the most commonly used descriptors used are "exciting," "competitive," and "entertaining." A majority (58%) of fans say F1 offers just the right blend of sport and entertainment. Netflix also played a huge role, not just with Drive to Survive, but documentaries like Schumacher as well.

With that in mind, we want to tell you about Stephanie Travers, one-half of the Petronas trackside team specializing in fluids and the first black woman to step on the F1 podium. As any F1 viewer knows, that's hallowed ground.

Mercedes-AMG Petronas found her in the UK. She won a global talent search and is now part of the most successful F1 team in recent history. From what we can tell, she must be a popular part of the team. Her British accent is joyful, and her resting face is smiling. We never asked whether she owns a car, but if she does, it's probably something fun and fast, like a Mercedes-AMG GLA 45
.

We spoke to her one early morning before the first-ever Qatar Grand Prix about the special moment. "The podium was a momentous occasion for my family and me," said Travers. "I never thought I would make history as the first black female in the sport, let alone the podium."

Travers didn't even have enough time to let her family know what would happen on the podium of the 2020 Styrian Grand Prix where she shared the limelight with both Hamilton and Bottas.

What made it more remarkable is that she never asked for nor expected it. "It happened within a space of a minute. The team approached me, and I told them they had the wrong person and kept on with a conversation I was having."

The team confirmed they were indeed looking for her, so Stephanie Travers stood alongside Lewis Hamilton and Valterri Bottas as they celebrated a win with the first black female in F1. "It was a really special day for Lewis and for me, especially considering what was going on in the world at the time. It was great for our team to progress, in all ways, not just in terms of ethnicity," continues Travers. "I'd like to say the biggest part was the response from the whole world, especially young girls. I hope to continue that and inspire more young girls from around the world."

Love him or hate him, Hamilton deserves a round of applause for giving this joyful motorsports expert recognition when nobody else would. Keep an eye out for our next piece that will cover just what Stephanie and her colleague do for the team. 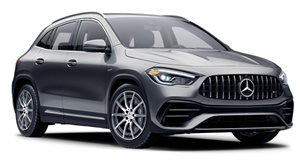