We're not talking about badge engineering here. Just slapping a badge from one company's car onto another's and calling it a day makes a car about as interesting as reading YouTube comments. Instead, we've compiled a list of cars that resulted from two car companies coming together and delivering something special. In most cases, that means taking each of the things those brands do best and putting them together.

Whether it's an engine specialist and a major company or two major car companies working together, we've seen some amazing vehicles hit the road, and often at adrenaline pumping speeds. These are the ten we believe are the most outstanding.

In terms of significance, the 190E Cosworth is a cultural underdog when compared with the M3, but its worth remembering this is the car BMW benchmarked for the E30 M3. The Cosworth connection came about because Mercedes wanted to compete in the German touring car series. It commissioned the British engine specialist Cosworth to design a deep-breathing cylinder head with 4 valves to each of the 2.3-liter block's four cylinders, and the engine was later brought up to 2.5 liters. So it could race in DTM, Mercedes built road-going versions with a detuned engine but retained the racing style dog-leg gearbox.

The Subaru BRZ is a collaboration between Toyota and Subaru to design an affordable 2+2 seater front engined rear-wheel-drive sports car. It was then rebadged by the now-defunct Toyota sub-brand Scion as the FRS. Now, it's just the BRZ by Subaru and 86 by Toyota. The engine was developed with Subaru's flat-4 design and using Toyota's D-4S injection system, a Toyota manual transmission or a modified Aisin-Warner automatic. The chassis is light, and judicious use of aluminum body panels also help keep the weight low. Both the BRZ and 86 are built in a Subaru manufacturing plant.

The light and tight chassis mean the BRZ/86 is fantastic to throw around a track and quickly earned the reputation as a fun sports car to rival Mazda's MX-5. However, as outstanding as the chassis is, the underpowered engine means that most people that have bought one has at some point typed "BRZ turbo kit" into Google.

When two legends of Grand Prix motorsport decided to come together and produce a road car, it was inevitable it would be special. The name goes back to the 300 SLR driven by Juan Manuel Fangio and Stirling Moss in the mid-1950s and won nine of the twelve races in which it started. It was retired after one of the most horrific crashes in racing history, killing 80 people. But, in 1999, the Mercedes-Benz Vision SLR concept debuted based on the Mercedes SL-Class with the aim of combining the luxury, comfort, reliability of a Mercedes road car and the performance and engineering chops of McLaren.

The SLR's technology was absolute cutting-edge. The hand-built supercharged 5.4-liter V8 AMG engine makes 626 horsepower with 575 lb-ft of torque and hits 62 mph in 3.8 seconds, although it has been reported independently to get there even faster. The body is made of carbon fiber and the ceramic brakes are aided by an airbrake when the rear spoiler rises to an angle of 65 degrees.

When the partnership ended, it was rumored McLaren wasn't happy with the car and had wanted to do something more purebred rather than a grand tourer, but that didn't stop it from the stuff of legend as a result of the compromise the companies made.

The 124 Spyder nameplate goes back to a time when Fiat could build an iconic sports car. Fiat isn't that company anymore though, and developing a new two-seater from scratch wouldn't justify the risk in making the money back let alone the optimistic idea of a profit. So, Fiat did the next best thing and went to the people that know how to build a reliable, stylish, and well-mannered roadster. The new 124 Spyder is essentially and MX-5 with styling from Fiat and handling that harks back to the softer side as well as a 1.4-liter turbocharged engine. If you want a sharp handling sports car, get the MX-5, but if you want a fun open-top cruiser with plenty of Italian style, take a look at the Fiat.

When Aston Martin realized it needed to meet UK emissions requirement with a small and economical car, it decided to give the Scion iQ the luxury treatment. Someone must have had their tongue firmly in their cheek at Aston when they suggested it, and then got a shock when it was green-lit.

Aston Martin gave the city car a new hood with aggressive looking vents, new LED lights on the back, and a big aluminum grill up front. Then, it looked inside and decided to go just as over the top with hand-stitched leather everywhere, machined aluminum trim everywhere else, and an Alcantara headliner.

If you don't think it should be on this list, there is a footnote worth reading: A customer asked Aston Martin to put a V8 engine in one for them. The company obliged and now there is a 4.7-liter V8 engined Cygnet out there with 430 horsepower crammed into it.

In the early 1990s, Mercedes set about building a high-performance version of the W124 E-Class. The Mercedes engineering department was busy developing the new S-Class, so someone had the bright idea of commissioning Porsche to redesign the chassis and squeeze in the SL's 5.0-liter V8. It worked out as a perfect collaboration as Mercedes couldn't manufacture the wide fenders while Porsche was in financial trouble and the 959 factory wasn't being used. Mercedes had Porsche assemble the car by delivering the parts needed to the Porsche factory. However, the car needed to be shipped to Mercedes for painting before the engine was fitted back at the Porsche plant.

Speaking of cars built at Porsche's factory, that's where one of Audi's finest was built. On top of that, Porsche designed the brake and suspension systems to make sure the RS2 Avant had razor-sharp handling and copious amounts of grip as well as being fast as hell. Mixed with Audi's Quattro system and the level of interior comfort Audi is capable of providing, the RS2 Avant had little to call competition in its day. Unfortunately, it's also one of the cars the US missed out on from this list.

The British sports car and engineering house Lotus has been involved in a few collaborations with epic results. In this case, it was with the UK brand Vauxhall. The Lotus Carlton is the stuff of 1990s British legend and even had a national newspaper calling for it to be banned for being too fast and, as a result, dangerous. As if to illustrate that point, a stolen Lotus Carlton was used for a series of robberies and the police had to admit: "We simply haven't been able to get near the thing and it looks unlikely that we ever will."

To achieve the level of power to get to legendary status, Lotus increased the displacement of the straight-6 engine then, just for fun, bolted on two turbochargers and used the manual transmission from the Corvette ZR-1 to handle the extra oomph, then added a limited slip differential and went to town on the suspension and brakes. The end result was a full-sized sedan that was up 20% on power over the M5 of the day and with almost 50% more torque at its disposal.

In a 1992 test, Autocar magazine took the Lotus Carlton from zero to 100 mph and back again in 17.2 seconds, which was second only to a Ferrari F40 they previously tested. Only 950 cars were sold worldwide, and build quality was not to BMW M5 standard.

When McLaren went all out to build the performance car it wanted, it had a relationship through Formula 1 with Honda. McLaren wanted to wipe the floor with every other supercar on the market, but Honda wasn't up to the task of building such a powerful road engine. BMW stepped up to the plate though, delivering a masterpiece in the form of a compact 6.1-liter screamer of a V12. In 1992, 0-60 mph in 3.2 seconds was outrageously quick, and onto 100 mph in 6.3 was equally so and the F1 remains one of the fastest production cars built, and everything that's followed has used forced induction.

Speed in a straight line wasn't it's only trick though. The F1 weighed just 2,500 lbs and the technology and materials McLaren sunk into the chassis were second to none. The words game changer get thrown around a lot, but in this case, they absolutely apply.

Lotus has a rich history of high-impact collaborations, and the C4 generation Corvette ZR1 is perhaps the one that's influenced following generations the longest. GM had acquired Group Lotus in 1986, and when the Corvette team wanted to make sure the ZR1 came out of the gates hard, they approached the company for help with the engine. The Corvette team used the Lotus proposal for a fresh design over the L98 V8 in the standard C4 Corvette. The result was the LT5, an aluminum block V8 with four overhead camshafts and 32 valves and it's own air management system. GM was unable to manufacture the new engine by itself, so the collaboration broadened when they brought in Mercury Marine to build the revolutionary LT5.

Using Lotus on just the engine would be to waste a resource, so they gave input into the suspension, brake, and steering system on the new higher-performance model as well. 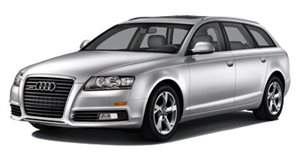