Heartbreaking crashes before owners get to enjoy their cars.

It's generally acknowledged that driving a newly purchased car off the car lot instantly knocks off fifteen to twenty percent from its value. In perspective, that's $3,003.75 of instant depreciation on a base model Toyota Corolla. On the high end of the scale, it costs are $46,785 in depreciation to take a brand new Rolls-Royce Ghost home. However, some people have found the drive home or the first week of ownership even more expensive. These are the horror stories we've come across in recent years of cars being crashed before the owners have gotten to truly enjoy them.

If you're a car enthusiast that hasn't heard of the Mustang R-Spec, then you're likely not Australian. In 2019, it was briefly the only supercharged Mustang you could buy down under and the fastest with its 700 horsepower and 612 lb-ft under the hood. That brevity was because only 500 were built as a collaboration with Herrod Performance.

Now, imagine you're one of 500 people that managed to get hold of one of these special Mustangs, and your 20-year-old son took it for a spin without your knowledge. Even worse, he literally spun it into a pole. Now imagine your son was driving on a probationary license, so the insurance company won't pay out. We doubt you would tell the 7News network of your son that, "he's very patient, very quiet, very good," and "he doesn't rush." We suspect you would have stronger words to say.

If you order a car, you don't necessarily have to have to pick it up from the dealership. You can have the car dropped off at your home. However, the person that ordered this black Jaguar F-Type wasn't expecting the term "dropped off" to be taken so literally. The unsecured car rolled off the back of the truck from the second level, hitting the back end on the road before the front hit the ground hard. Then, to add insult to injury, it rolled backward into a Chevrolet Silverado hard enough to damage the bumper and hard enough to push it into the Nissan GT-R parked behind. If that wasn't bad enough for the truck driver, the whole chain of events was caught on camera.

We've all seen the keyboard heroes boasting that they always switch off driver aids when driving. Well, here's a reason why you really shouldn't unless you're at a track. This Ferrari 488 Pista was caught on camera in the Netherlands, and it's reported that the car was just a day old to its owner. You can hear him downshift in order to let her rip, but 710 hp from a Ferrari 3.9-liter twin-turbo V8 is a lot to lay down at once to the rear wheels. The result is horribly inevitable.

Buying a Ferrari is expensive, and renting one is just a different kind of expensive. In this case, you can rent a $276,000 Ferrari F8 Tributo from Royalty Exotic Cars at $899 for four hours or $1,699 for eight hours. Unfortunately, you can also crash one. In this case, the customer reported they had hit a rock on the Las Vegas Boulevard at 45 mph, but when employees of the company went out there, they found that to be a little unlikely. The damage doesn't look too bad with some bent wheels, a donged body panel, and an inflated airbag. However, when Royalty Exotic Cars got the car back and up on a ramp, they found the frame was bent and the suspension heavily damaged. We suspect the renter spun the car and hit a lot of, albeit small, rocks. Unfortunately, the Ferrari F8 Tributo was written off on its first rental and still with less than 1,000 miles on the clock.

In the race to total a car as quickly as possible, the Ferrari is a strong contender. This incident with another F8 Tributo happened in the UK just six hours after it was delivered. The worst of it is that the owner had waited over a year for the car to be built. According to police at the time, contributing factors to the crash on the A5 motorway were summer tires on a wet road and excessive speed. It also appears to have happened at night in March, which is definitely not summer in the UK. Summer tires aren't typically only dry weather tires, so we suspect cold summer tires and overconfidence contributed to the passenger suffering life-threatening injuries.

This Ferrari F430 lasted just an hour on the road. According to South Yorkshire Police in the UK, the F430 "went airborne and burst into flames" but later said that speed wasn't a factor. Amazingly, the driver walked away with just cuts and bruises. It was in a bad enough state that the police officers that responded asked what kind of car it had been. "A Ferrari," the owner replied, "I've only just got it, picked it up an hour ago." MSN reported that it was one of 499 models built, so it was likely a Scuderia Spider 16M, the special edition model built to commemorate Ferrari's 16th victory in the Formula 1 Constructor's World Championship in 2008. As this happened in 2017, the driver wasn't the first owner, so his financial loss will have helped the price of other examples rise. That's likely little consolation, though.

There seems to be an issue in Yorkshire, UK, as that's where this Huracán met its unfortunate demise. However, it doesn't appear to have been overconfidence and a lack of talent that wrecked this supercar. Just twenty minutes after picking up the car, a mechanical failure brought it to a halt. Unfortunately, it also brought a van to a very sudden halt as it crashed into the Lamborghini. The van driver suffered minor head injuries, the Lamborghini owner was largely unscathed due to the airbags, but the $308,859 Huracán was totaled.

Crashing before a car leaves the dealership tugs on our heartstrings the most. The new owner was excited about picking up his new car somewhere in India, but after having the controls shown to him, he manages to accelerate straight into a wall. Going by the sound of the engine as the minivan hits the wall, we suspect he put it in drive with his feet off the pedals, tried to hit the brake pedal, but hit the accelerator instead. When we first saw this video, we wondered if it might be staged, but that would be one hell of a cost to send a video viral, and the reactions all look genuine.

How do you beat mere minutes of ownership before totaling a car? You crash it on the test drive and leave the dealer's insurance on the hook. That's what happened to this Toyota Supra in Long Island, New York. The prospective customer ran out of talent and spun the car out and then into a tree. It hasn't been made clear what speed the accident happened at, but it doesn't take a rocket scientist to see this wasn't a low-speed shunt. On top of that, one of the wheels traveled over 100 feet from the rest of the car. The passenger (presumably the salesperson) was trapped inside, and needed to be removed with special tools before being moved to hospital with serious leg injuries. However, it's a tribute to modern safety standards that both driver and passenger didn't lose all their legs. 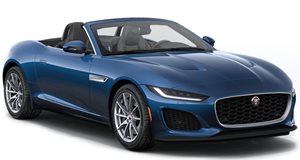 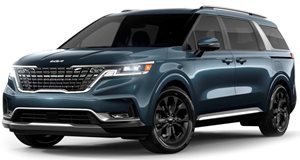 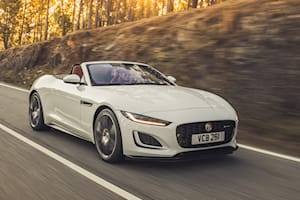