Strangest Features Ever Put Into Cars

In the history of the automobile, there has been some wild and wonderful ideas put forward to improve the humble car. For example, in 1935, Popular Mechanics magazine suggested the problem of dog hair and smell in a car could be avoided by hanging sacks on the side of the vehicle for the dog to ride in. Also in the 1930s, Memphis lawmakers suggested bad drivers should be identified by other road users by a skull and crossbones license plate.

Earlier than that, a famous preacher and author called Uriah Smith was known to dabble in engineering and identified that the problem with early cars was that they scared horses. His solution was to patent the Horsey Horseless, which was a car with a life-sized wooden horse head stuck on the front of it.

Not all ideas are quite so absurd, but some strange ones have made it into production, most of which appear on this list with one notable exception.

This was still available up until quite recently for the S80 sedan. The Personal Car Communicator key fob option tells you as you approach the car whether it's locked or unlocked, which makes sense. However, if you're a high-risk subject such as a rich businessman, politician, international spy, or won the Best Cookies trophy at the PTA bake sale for the fourth year straight, then a highly sensitive heartbeat sensor will also let you know if there's a human heart beating in the backseat as someone waits to kidnap you.

What was actually kind of a good idea didn't last long because seats have to withstand accidents without breaking loose and launching the occupant into the steering wheel or windshield. But in 1974 you could buy a Chevy Luguna S3 with seats that swiveled to allow easy ingress and egress. Just think how useful that would be for older people or people in general with mobility problems.

This is another idea that sort of works on paper. This is the one that didn't make it into production, but it's a creative attempt to solve a genuine problem. If a driver hit another car, or a pedestrian, then little discs would fall out that contained the car's license plate number so law enforcement would be able to show up, identify the culprit, and go find them at home.

Just how many times have you been in reverse and run out of gear and wished there was another so your engine wasn't revving so hard? Mitsubishi's second reverse gear isn't actually a solution in search of a problem, but rather a by-product of an overcomplicated design. Also called Super Shift, the system involved placing the transmission directly under the engine and splitting each of the gear ratios in two in order to create a "Power" and Economy" option via a second selector. The end result was 8 forward gears and 2 reverse gears on many late 70s Mitsubishi Mirage and Dodge Colt models.

It takes a lot of effort to move one hand to the center of a steering wheel and press a large button. In Detroit, someone came up with an excellent idea of making the actual steering wheel the horn. Basically, a band ran around the inside of the wheel so, when the driver squeezed, the horn would sound.

Unfortunately, plastic and rubber hardens and softens with age and shrinks and expands with heat or cold. Manufacturing and materials quality wasn't always consistent in 1960s Detroit and horns with this design had a habit of activating without input and staying on. It didn't take long to be discontinued as a feature.

Mini-Bar In The Glovebox

In 1957 Cadillac was innovating and DUI laws weren't common. It was a different time and the Eldorado Brougham had a lot in common with the luxurious living room of a house, so a drinks bar was a logical extension of the Cadillac feature set. A magnetized glovebox door and a set of four metal shot tumblers meant you wouldn't spill a drop when going around corners.

We're used to telescopic and tilting steering wheels as standard features now but in the middle of last century, they were high-end features. Ford went to the next level with the 1961 Thunderbird and designed the Swing-Away steering wheel to allow people to move the wheel several inches to the side and allow the driver easier access both in and out of the car. Later, Ford improved the system and added the ability to tilt the wheel as well. They then offered it on a few other models until federal safety laws appeared and put an end to the idea.

BMW isn't often given to frivolity, but when they produced the new Mini they knew it had to be quirky and fun. The Openometer tracks how long you have the top down on convertible models because, according to BMW, you should know how long you've spent "… cultivating your open-mind and tan".

We're as baffled as you are as to why BMW spent time and money on this.

The Honda City car was 3-door hatchback as useful as it was tiny. Honda marketed it in the 1980s as being super-easy to park. From 1981-3 they also made the Motocompo "Trunk Bike" and offered City buyers the foldaway scooter designed to fit in the small luggage area. The idea was, surely, to park your car and then zip around the middle of the city on the scooter, but we wonder how many people became so frustrated in traffic they found themselves tempted to just leave their City in a traffic jam and ride home.

This is something Mercedes-Benz is actually offering now. They're not the only company to have toyed with pumping scents onto the cabin of a car, but they have fully embraced the idea and now most C-Class, S-Class, and E-Class models have an optional dispenser that will pump Mercedes own MOODS scents from the vehicle's heating vents.

According to Mercedes, they have a "futurologist" that has analyzed the zeitgeist and long-term social trends to develop what is, basically, an overcomplicated and expensive air freshener. 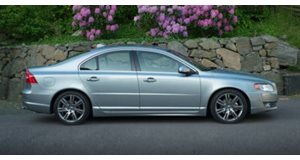 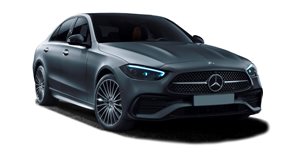 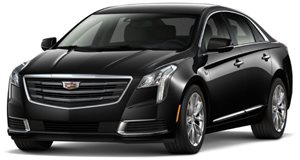 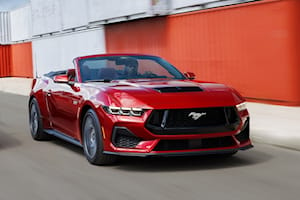