We're finally seeing the best that combustion has to offer us.

The automotive world is going electric. Everyone from Audi to Dodge has announced plans to become fully electric, with most plans placing the deadline for the transition by the turn of the decade. For the most part, it's not that these brands want to change per se, but legislation across most of the world is forcing the move by banning combustion engines in many countries. I'd be lying if we said I wasn't gutted by the prospect. After all, I grew up in the 90s, when Formula 1 cars had V12s and V10s, road-going supercars made noise a key selling point, and where JDM legends made the most glorious noise revving out to 9,000 rpm. So it might come as a surprise to anyone who knows me as a dyed-in-the-wool gearhead to hear me say that the shift towards electric cars is a blessing in disguise. It's not because I like EVs, or even the future they hold, but rather because now that we're so close to the end of combustion, we're finally seeing the best ICE has to offer. The last hurrah of the combustion engine is happening now, and we best cherish it while we still can.

The combustion engine has been continually developed for more than a hundred years. We went from carbs to fuel injection, saw the evolution of multiple types of fuel, and in some cases, their demise as well. But now, we're finally seeing the best of combustion. Take the Jeep Wrangler Rubicon 392, for example. Jeep had the ability to put a V8 in a Wrangler for years. The company formerly known as FCA had an arsenal of V8s and the know-how to use them, and Jeep aficionados have been dropping Dodge V8s into their own cars for years. But now, Jeep has done the dirty deed itself. It's pointless, frivolous, and utterly wasteful. There's no sane reason to put a V8 in a Wrangler when the V6 or diesel mills are plenty good enough for off-road use and more than good enough for on-road use where more power might likely be deadly.

Why build it then? A celebration of internal combustion. That's why.

There are other examples in the off-road sphere, too. The Land Rover Defender V8, the Ram 1500 TRX, and the upcoming Ford F-150 Raptor R are all examples of how manufacturers are celebrating what could be their last-ever opportunity to utilize a big thundering V8 engine. With electrification coming into effect, the ability to match the power and performance proffered by a turbo- or supercharged V8 is easy. Hell, just look at what Tesla and Rimac have been able to do on a drag strip. But instead of doubling down on bringing hi-po electric variants to the market sooner, manufacturers have given us V8s in abundance as an ode to internal combustion.

A Golden Era Of Road-Going Performance

We're seeing a similar occurrence on-road. Look at the new Lamborghini Countach LPI 800-4. Sure, it's a hybrid, but it's the final hurrah for the Lamborghini V12, it's a car that celebrates Lamborghini's past as much as it does the present while it still can. Then you have Koenigsegg building 1,600-hp hypercars like the Jesko. Or what about Gordon Murray building a McLaren F1-inspired supercar with a Cosworth V12 that revs to 12,100 rpm? Murray is even planning a second vehicle that will make use of the same V12 engine. Even mainstream brands like Dodge are in on the action, building 800-hp-plus muscle cars for the layman to buy, and Ford is allegedly dropping a V8 into the Ford GT supercar as its final swansong that will very likely cross the 800-hp threshold. Typically, we'd have waited years to have this many cars with this much power, and yet we're seeing this occur all in real-time.

The good news is, over the next 5 years, we're going to see a lot of this. While they still can, automotive manufacturers are going to give us all they've got, showcasing the years of development that went into their combustion engines before global legislation forced them to change direction. In the twilight of its life, we'll finally see the peak of internal combustion in a manner most bittersweet. Like giving an aging family pet a final week of walks and treats and hours of playing fetch before saying goodbye to them forever, automakers are giving us their all for one final, brief decade.

Before Bugatti builds an electric vehicle under the stewardship of Rimac, it's giving us a production version of the absolutely bonkers Bolide. Aston Martin is giving us the Valkyrie, the Valkyrie Spider, and will give us the Valhalla until 2025, and Maserati is giving us the MC20 - a supercar for a new era that will be the only vehicle to make use of an all-new Nettuno V6 engine developed by Maserati, for Maserati. That's a combustion engine developed for a single vehicle only before the marque transitions into an exclusive EV brand. Lamborghini is doubling down on insanity with the likes of the SC20, the Essenza SCV12, and the Huracan STO. Everywhere you look, established brands and boutique manufacturers alike are building the craziest machines they can.

Welcome to the golden age of combustion - it's just a pity it'll be gone before we know it.

Hope For The Future

So what about the future, then? Does this mean that by the time we hit 2035, the age of combustion will be gone forever, only to be reminisced by means of YouTube videos and classic car shows? Are we destined for a great automotive depression? An era where the enthusiast has to unlearn decades of love in order to accept an EV as the new status quo? To a degree, yes. But, there's also a tiny sliver of hope that combustion will live on a little longer...

All the legislation that will come to pass purely affects road-going cars, at least for the time being. Combustion-powered vehicles will no longer be road legal, but that doesn't mean they can't still be produced for other avenues.

Stephan Winkelmann recently left the door open to combustion-powered track-only specials, and cars like the Bugatti Bolide could yet see combustion live on in ultra-exclusive hypercars that push the boundaries of combustion and keep the noise alive. Then you have Porsche working on a synthetic e-fuel that could be ready as soon as next year that will be carbon neutral to produce and provide more power but less emissions when burnt. Koenigsegg is in on the action, too, with its Tiny Friendly Giant engine from the Gemera being "at least as CO2-neutral as an EV running on renewable electric sources such as solar or wind," when running on Gen 2.0 ethanol.

Whether these advancements will be taken into consideration when those who write the legislation pen their future demands remains to be seen. But at least we as a community of automotive enthusiasts can take solace in the fact that, for the next little while at least, we'll be able to bear witness to all that combustion can be. And maybe, just maybe, there's hope that combustion won't truly die and we'll be able to run our motors in an eco-conscious manner for a little while longer. 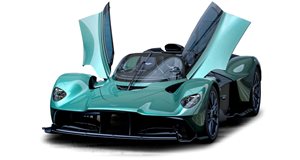 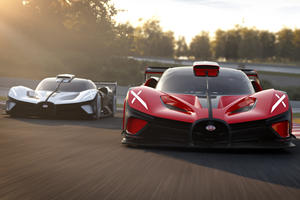