The Good And The Bad Of The 2019 Toyota Tundra

The Tundra has some great qualities, but it needs a few updates.

The 2019 Toyota Tundra is the automotive equivalent of a living fossil. Other trucks in the full-size segment have been reinvigorated with new technology but the Tundra soldiers on in its second generation, mostly unchanged from its debut in 2007 and facelift in 2014. Toyota recently sent us a 2019 Tundra 1794 Edition (the most luxurious trim level) to test, and to be honest, it didn't feel any different from the 2016 Platinum model we drove a few years ago.

But even though the Tundra is aging and an all-new model is on the horizon, the old truck still has a few tricks up its sleeve. Here are three improvements we hope Toyota makes with the next-generation Tundra and three attributes we hope will stay the same.

Toyota's reputation for reliability is well-founded and the Tundra happens to be one of the company's toughest vehicles. Keeping an engine around for over a decade with minimal changes can often be seen as an automaker being lazy but as a side effect, it tends to ensure that a powertrain is well-tested and reliable. Several examples of the Tundra have been recorded with over one million miles, which is a testament to the truck's reliability. With the next Tundra, reliability should be of the utmost importance.

Toyota has already announced a major addition for the 2020 Tundra, with Apple CarPlay and Android Auto finally set to appear on the company's large truck and SUV models. The addition of these phone mirroring systems will fix some of our gripes with the Tundra's cabin but there are still plenty of other issues to tackle. For example, the Tundra still uses an old-school key-in-ignition and doesn't even have push-button start available on any trim levels.

Toyota has also failed to add safety systems such as lane keep assist, a 360-degree camera, and adaptive cruise control that can bring the truck to a halt in traffic. All of these features are found on other trucks and should be present in the Tundra. While we're on the subject of missing features, the 1794 Edition is marketed as the most luxurious Tundra but it fails to match the new Ram 1500 Limited, which has impressive features like a 12.1-inch touchscreen and heated/ventilated rear seats.

One of the best things about the Tundra is its CrewMax body style. The CrewMax boasts massive rear doors, which open up to reveal a huge rear seat. As a passenger hauler, few trucks can match the practicality of the Tundra. Those rear seats can also fold up to create a nearly flat load floor, though the seats do not slide and recline like they do in the Ram.

Toyota's 5.7-liter V8 hasn't changed much over the years. It produces 381 horsepower and 401 lb-ft of torque going out through an aging six-speed automatic transmission. We love how the engine sounds on throttle but its fuel economy figures of 13 mpg in the city and 17 mpg on the highway are poor even by truck standards. The next Tundra is rumored to use a 3.5-liter V6 with a hybrid drivetrain, which could produce 450 hp and 500 lb-ft of torque along with over 30 mpg on the highway.

Some modern trucks aim to provide a car-like experience, so casual truck owners aren't overwhelmed by their sheer size. The Tundra embraces its truck-ness with feather-light steering, soft suspension, and the feeling you can drive over any obstacle. With the new Tundra, we hope Toyota keeps it truck-like, rather than aim for a more car-oriented driving experience.

The Tundra 1794 costs the same as the Platinum trim but swaps out some of the Platinum's diamond-stitched leather and metal trim for brown leather and wood trim. We like the overall aesthetic of the Tundra's interior but some of the plastics used feel cheap compared to rivals. With the next-generation car, Toyota should bring in some Lexus engineers to add a more luxurious feel to the top Tundra trims. 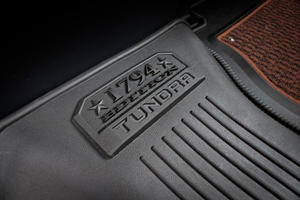 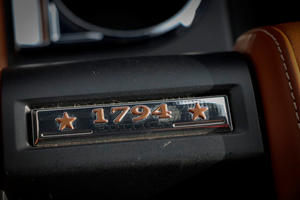 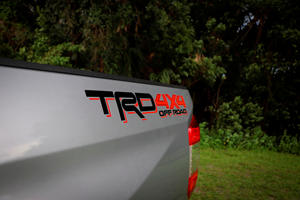 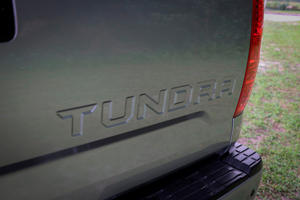 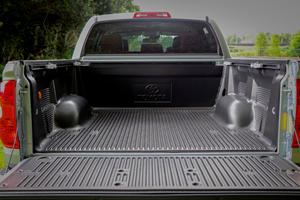 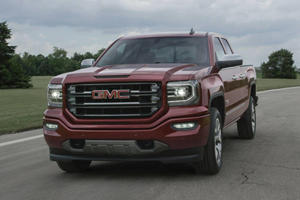