And none were built one piece at a time.

You don't get to be the second most referenced car brand in music without a long history of culture-defining cars. The legendary career criminal Al Capone drove a bulletproof 1928 Cadillac and, through the 1970s and 1980s, no gangster movie was complete without a Cadillac. This was the American way to display wealth and success, whether earned honestly or not. Cadillac peaked with movie and music stars from the 1930s to the 1960s but has never left the limelight. At the turn of the century, and at just the right moment, Cadillac dug deep and committed to moving on from luxury barges and into the realm of luxury SUVs. Today it competes directly with the European brands dominating the premium sports sedan and coupe markets.

When Cadillac dropped the Cadillac V16 in 1930, it was expensive, exclusive, custom finished to order, and featured the first V16 engine in the US. It was designed to be more powerful and smoother than any car before it, and Cadillac nailed it. The motoring press loved it, the public loved it, and the people that could afford it loved it. It was a defining moment for Cadillac as a luxury brand, but its timing was terrible. Planning had started for the new car in 1926, but it didn't land until a year after the Wall Street crash of 1929. That meant Cadillac announced the most expensive car in America just in time for The Great Depression. By April of 1930, Cadillac had built 2,000 V16s to order, but then sales dropped off a cliff. In October, only 54 were built. Pictures below are a 1930 Cadillac V16 Sport Phaeton with bodywork by Fleetwood.

The Cadillac DeVille was a trim for the Series 62 model and an absolute hit with celebrities, with owners including Elvis Presley, Joni Mitchell, Aretha Franklin, and Bruce Springsteen. By 1957 you had a choice of a Coupe DeVille or Sedan DeVille, and the name comes from the French "de ville, meaning "of the town. The "coupe" part comes from the word "couper," meaning to shorten or reduce something. The Cadillac DeVille was the original town car, complete with luxurious leather on the interior, flashy chrome on the exterior, and a huge trunk on the back.

In 1959, Cadillac delivered its quintessential 20th-century model. The Series 62 came in four body styles, and each one is an icon in its own right. You could order a four- or six-window hardtop sedan, a two-door hardtop coupe, or a convertible, and each came with those enormous tail fins and instantly recognizable dual bullet taillights. In 1960, the Series 62 arrived with restrained styling and less chrome. Then, in 1961, it was restyled and re-engineered, losing its space-age look and, as a result, some of its glory.

When Cadillac first span the Seville name off into its own model in 1975, it was the American brand's first try at tempting younger buyers away from imports. It didn't work. It didn't work for the fourth generation either, but the 1992 Cadillac Seville was a great car on its own. It gained a new unequal-length control arm rear suspension to improve ride quality and styling cues from the Cadillac Voyage concept car. While some would argue against the early-1990s Seville being on the list, it was MotorTrend's car of the year list and featured on Car and Driver magazine's Ten Best. The Seville was a powerful, smooth, and genuine American sports sedan.

The late 1990s saw the rise of the SUV, and the birth of the luxury SUV. With models on the market like the Mercedes-Benz G-Class, Range Rover, Lincoln Navigator, and Lexus LX, Cadillac needed to enter the market. Its contribution was the 1998 Escalade - mechanically identical to the GMC Yukon Denali but with all-wheel-drive as standard and outfitted with a plethora of upmarket standard equipment. As the Escalade proved itself through generations, a long-wheelbase version was added. In 2014, the fourth generation was launched and became part of Cadillac's brand regeneration. The fifth generation launched in 2020 and has taken American luxury to a new level.

When the CTS-V landed in 2003, it was the germination of another attempt for Cadillac to pull buyers away from European models, particularly those from Germany like BMW M cars. The CTS-V was the performance model from the CTS line and arrived with a 400-hp LS6 V8, a Tremec T56 6-speed manual transmission, sport-tuned suspension, and Brembo brakes. The third generation was when the CTS-V hit its stride and became the most powerful Cadillac in its history with an LT4 supercharged gasoline V8 engine making 640 hp. As wild as that is, in 2011, a CTS-V wagon was introduced and was lusted after by enthusiasts, while very few actually bought one.

Cadillac's final internal combustion-powered luxury sports sedan deserves the use of the word epic. It's a 6.2-liter supercharged V8 engine producing 668 hp and 659 lb-ft of torque that pummels the CT5-V Blackwing to 60 mph in 3.4 seconds. That's 0.3 seconds slower than the equally exclusive BMW M5 Competition, but Cadillac expects the Blackwing's driver to be able to handle its car with drive only going to the rear wheels. Its savagery in performance blended with smooth luxury is the epitome of an "iron fist in a velvet glove."

We're squeezing the Phaeton 5859 onto this list at the end as, technically, it's not an official Cadillac car. It wasn't even built in 1937. It was built in the early 1980s by the Chicago-based restorer and craftsman Fran Roxas. The car is based on the original blueprints of a V16 model by Cadillac designer John Hampshire that never made production. And, wisely so as we saw with the fate of the Cadillac V16 in depression-era America. The original design was an example of what could be created for a customer, but that customer never showed up, and the body was never built. GM did pitch in and provide the team building the Phaeton 5859 with full-size factory blueprints of the first-generation Sixteen chassis.

Roxas built the car mostly for himself and drove it for a while before eventually selling it. In 1984, it won First in Class in the New Coachwork Class category at Pebble Beach, and in 2012 sold for $962,500 at a Sotheby's auction. 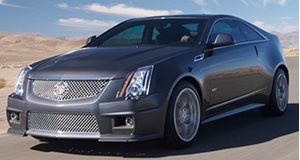