Brands That Refuse To Build An SUV

And we think we know which one is next to cave.

In the current motoring climate, it's becoming almost impossible to ignore the allure of an SUV – particularly if you're a manufacturer hoping to cash in on the latest craze that looks set to stay. Brands like Alfa Romeo and Porsche have now produced SUVs that are becoming staples in their model line-ups. These are brands that 30 years ago would never have dreamed of producing an SUV. In fact there are very few manufacturers in the US who don't offer a crossover vehicle of any sorts, and fewer still who don't have one in the pipeline.

The SUV School of Thought

Bentley has the Bentayga, Rolls-Royce now has the Cullinan, and even Lamborghini has an SUV in the shape of the Urus - though as a brand that started out manufacturing tractors and with the LM002 in its history, Lamborghini is possibly the most unsurprising supercar manufacturer to be producing one. Porsche is even working on an electric crossover to add to its already two-strong line-up of utility vehicles - while Tesla already has an SUV in the electric field of play.

The pull of SUV sales is so strong that Sergio Marchionne has even confirmed that Ferrari will build a crossover vehicle – Ferrari of all brands! – though he promises it'll be the Ferrari of SUVs and will be different to any other out there. Sure, underpinning it with the platform to be used on the next generation GTC4Lusso will add an element of sporty GT to it, but at the end of the day, the most iconic sports car brand in the world is going to produce what is essentially a high-powered shopping trolley; the modern equivalent of a super-sports MPV 25 years ago.

SUVs In The Pipeline

So who's safe? Of all the brands available, which are unlikely to be building a crossover vehicle of sorts? Aston Martin aren't – the DBX concept released in 2015 at the Geneva Motor Show actually tested the waters for an upcoming crossover model expected to arrive in 2020. Sure, it's unlikely to look like a sports coupe with an extra 7 inches ride height, but it's coming whether we like it or not, and it's likely to be electrified too. Surprisingly, Lotus too has a confirmed SUV, or three, is in the pipeline.

The brand, famous for lightweight sports cars like the Lotus 7, Elise, and Evora has reportedly been planning an SUV for some time – hoping to cash in on the Chinese market first and foremost. But after being bought out by Geely – the same folks who own Volvo – the idea has gained traction and seems more likely to come to fruition by 2021. It'll likely share underpinnings with Volvo's SUVs, and electrification will surely feature. Colin Chapman – famous for the adage, "Simplify, then add lightness" would be rolling in his grave at the notion, especially after the brand cancelled 2010's Esprit supercar in favor of lightweight sportscars.

Other brands that don't yet offer anything in the segment, but plan to, include Hyundai's luxury sub-brand, Genesis. But that's wholly understandable – after all if you want to compete with premium brands, you have to offer a premium SUV. Which brands are resisting? So who has no plans to make an SUV; which brands are resisting the SUV trend? Just seven mainstream manufacturers have no confirmed plans to produce an SUV, and even though they're mainstream, they're hardly volume manufacturers, with the exception of Chrysler.

Chrysler is almost guaranteed not to make any SUVs, though this is more because of the FCA group's product planning. If anything Chrysler is likely to die out within the next decade rather than evolve into producing a crossover. Dodge, Jeep, Fiat, Alfa Romeo, and Maserati however all produce SUVs for the FCA group, so Chrysler' absence from the segment is understandable. McLaren has no intention of producing an SUV – focusing instead on where its bread is buttered by sticking to high-powered sports cars, supercars, and hypercars. McLaren has built a reputation for producing the most incredible supercars in the world, and with cars like the 720S and Senna doing the brand duty, it really has no need for an SUV.

Koenigsegg and Pagani too have no plans for an SUV, likewise with electric sports car manufacturer Rimac – they are after all relatively small fish in the grand scheme of things, so they stick to their niche markets and rather focus on doing what they do incredibly well. City car manufacturer, Smart, under the watchful eye of Mercedes-Benz hasn't flirted with the idea of an SUV yet, and seemingly has no intention of doing so. It's a pity, actually, as the brand has the potential to do for Daimler what Mini has done for BMW – opening the luxury brand to a youthful audience. Perhaps a Smart SUV wouldn't be the worst idea after all – but with no confirmation in the pipeline, it seems unlikely.

The last of the seven is Bugatti – the high end luxury manufacturer just builds a single model – the Chiron – and capitalizes on the combination of super-speed and high end luxury like no other. The carmaker briefly flirted with the idea of a second model – the Galibier sedan – but that idea was cancelled too, and the brand seems content with producing just one ultra-exclusive model. But of those seven, there's an inevitability that at least one will eventually cave to the allure of building an SUV. After all, they're all business, and profits more often than not determine product line-ups. Of those with no intent to produce an SUV, it's Bugatti that's most likely to break first.

Who’s Next To Crack?

As part of the Volkswagen group, Bugatti has already benefited from development through other brands – even if only through concepts like the VW W12 Nardo concept. However as part of the VW Group, there's also a wealth of available platform sharing available. While the Veyron and Chiron were bespoke models, Bugatti is likely to dip its toes in the water using the shared platform that already underpins the Audi Q7, Porsche Cayenne, and Bentley Bentayga – the latter of which is already proving itself to be a successful high end luxury SUV.

Eventually, the desire for high end SUVs will drive Bugatti into producing one of their own, and though it may seem sacrilegious, it's likely that a Bugatti SUV will establish new highs for the segment. It has the potential to out-luxury the Cullinan, and outperform the Lamborghini Urus in one fell swoop, and with VW Group backing, there's no reason for a Bugatti SUV to not be a massive success. Though it hasn't been confirmed, or even hinted at, if I were a betting man I'd put my money on Bugatti to be the next manufacturer to confirm plans for an SUV. 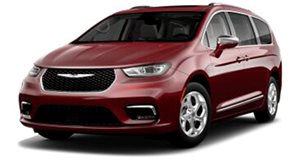 Off-Road
This Cheaper, Uglier, Less Capable Jeep Is Now Available In The US