It's a question Dodge is asking.

We love it when car companies revive nameplates. Bringing back the Supra as a driver-focused sports car highlights just how good a returning name can be, while Land Rover's rebirth of the Defender is another exciting one and Ford bringing back the Bronco is the purest of Columbian catnip for American enthusiasts.

So, when Dodge publicly asked on Twitter which model people would like it to bring back, that really got us thinking. With its long and storied past, there's a lot of choices even if we don't go back too far. But we managed to whittle it down to five.

The Magnum name was used on a few different models, but we're thinking of the Magnum's revival as a rear-wheel-drive 2-door station wagon that was available from 2005–2008. It was basically a badge-engineered station wagon version of the Chrysler 300. That was no bad thing though because that meant an SRT-8 version wasn't a stretch for Dodge, and that came with the 6.1-liter Hemi engine. However, the real reason we want Dodge to bring it back consists of just three words: Dodge Magnum Hellcat. It just sounds right.

Originally, the Rampage came with a 2.2-liter carbureted straight-4 engine making 96 horsepower because it was the early 1980s, and a new one would need much more power. There's no real market in the US for small unibody half-car-half-trucks anymore, but that's not the point. This is all about making a comeback, and maybe, just maybe, Ram could truly reinvent the segment.

Whether it would be a good idea to bring back a small unibody truck or not is beside the point. Reviving the nameplate would give us the possibility of having a Ram Rampage Redeye. And who wouldn't want that?

When the Viper arrived, it was the overpowered answer to the already overpowered Corvette. It's gone down in history as one of the most exciting sports cars ever, but it was never close enough to being the best. That's why it needs to come back, and it needs to come back with the engine in the middle. Dodge doesn't even need to put Hellcat in the name as a trim level because they'll add two cylinders to it and make a new engine that'll make the mid-engined Viper the true lunatic's answer to the new Corvette.

When Dodge last brought back the Dart name, it was as a front-wheel-drive 4-door compact car. This was a mistake Dodge can still fix by reviving it as a stylish car bridging the gap between the Challenger and Charger. Dodge needs to scrap the idea of a four-door straight away, but a convertible should definitely be on the options list. Those that remember their history will also remember the fourth-generation Dart in two-door fastback coupe guise was known as the Dodge Demon.

With Plymouth gone, the Barracuda would have to come back under the Dodge umbrella. If it had remained in production then the next generation would have been badged as a Chrysler. At the end of its lifetime, the Barracuda also looked like the Charger, and by extension the newer Challenger. Bringing the Barracuda back using the current Challenger platform would leave plenty of room to maneuver for Dodge, perhaps placing it as a more upscale version of the Challenger with an emphasis on on-road manners. We're absolutely not saying Dodge shouldn't put a Hellcat engine in it though. 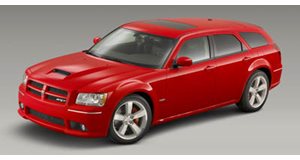 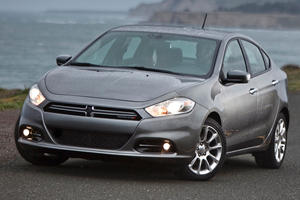