You Can Thank Bugatti For Inventing Aluminum Wheels

It's hard to think of a time when aluminum alloy wheels didn't bedeck the four corners of every single sporty or luxurious vehicle on sale. In fact, it's not just sporty or luxurious vehicles that feature them anymore, but almost every single vehicle on sale in the United States, from a humble Honda Civic to a lavish Bentley Continental GT, can be equipped with alloy wheels. But while they've now become commonplace, the origins of the alloy wheel hark back to nearly a century ago, and from an unlikely manufacturer.

We all know that Bugatti is never shy of pursuing technological advancement - it built the Veyron that conquered the automotive world and most recently it sent a Chiron northwards of 300 mph. But with the backing and budget of the Volkswagen Group, these feats seem entirely within reach. However, 95 years ago, when Bugatti was still a small, family-owned and operated racing manufacturer, the French brand pioneered the technology that now adorns almost every new vehicle on sale.

It was in 1920 that a racing car designer by the name of Harry A. Miller had the idea to create wheels made of aluminum. This was just 34 years after an electrolysis process was developed to produce aluminum independently by two men - inventor Charles Martin Hall, and chemist Paul Heroult. But despite conceiving the idea, Miller was unable to produce aluminum wheels, although he still held the patent for the idea in his name.

It was Ettore Bugatti who succeeded in producing them first, casting aluminum brake drums, wheel spokes, and wheels at the Bugatti foundry in Molsheim, where the company is still based today, using molds he had developed himself. He developed the idea of aluminum wheels further, registering over 500 unique patents, including a 1924 patent for "improvements relating to vehicle wheels with cooling discs" and a 1933 patent for an "elastic wheel with radially and axially sprung rim with respect to the wheel center."

1924 saw the first time these aluminum wheels were used on a vehicle though, as Bugatti stopped using wheels with the traditional thin spokes, and instead made a cast aluminum wheel with eight broad spokes, a removable wheel rim, and an integrated brake drum - a setup that was successfully employed on the legendary Type 35 racing car. The design was simple, artistic, and innovative - representing Bugatti's dedication towards aesthetic pleasure. He had high hopes for the wheels to improve racing, and the wheels were first used at the Grand Prix of Lyon on August 3, 1924. It was somewhat disastrous, however, as numerous technical faults ensured several cars failed to finish.

But it wasn't because of the wheels. No, the tires were actually at fault, as incorrect vulcanization led to delamination of several tires midway through the race. That was just the beginning, and the technical improvements resulting from aluminum wheels got better and better.

By utilizing complex designs, Bugatti could reduce turbulence and drag around the wheels and wheel arches. Heat dissipation was found to be better with the new wheels, too, enabling better cooling and brake performance. The separate rim improved cornering speeds as it kept the tires firmly in place, and the wheels allowed for a central mounting point which improved pit stop speed. The wheels were lower in weight which improved handling and allowed for more delicate suspension tuning, and ultimately, all of these aspects combined to make the Bugatti drivers some of the most dominant in world motorsports between 1925 and 1930.

The rest of the automotive world soon caught wind of the innovation, and alloy wheels were widely embraced thereafter, resulting in the array of alloy wheels used in modern motoring. Wheels have become lighter and stronger, now forged instead of cast, and in some cases milled from a solid block of aluminum. Alloy wheels will likely be at the heart of numerous world-record speed attempts going forward, and as it turns out, we owe it all to the genius that was Ettore Bugatti and his very first eight-spoke aluminum wheel. 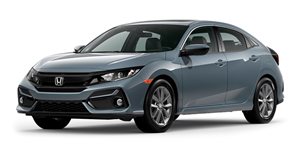