The Tesla Model S has been teaching the more established drag strip kings some serious lessons since it was available with the P85 pack. When the company introduced its Plaid option, which gives the electric sedan a 0-60-mph time of 2.8 seconds, the internal combustion engine performance cars were pushed even further back. Now, there is a new competitor in the sphere that uses the same principles as the Model S, but can it match up against the veteran EV?

The Lucid Air Performance Dream Edition seen in this video by DragTimes delivers a claimed 1,111 horsepower from its electric motor system while the Tesla Model S Plaid offers a slightly lower 1,020 hp. The team already conducted some drag tests on the Lucid in a previous video and confirmed that it was able to complete a run in 10 seconds flat with an exit speed of143 mph.

After that video was posted, Lucid got in touch with the channel and provided some hints regarding how to extract even more potential from its products. The two cars were then taken to the Hennessey Performance center in Huston where cold temperatures and winds of up to 40 mph were recorded. Granted, the Lucid Air does have a higher power figure but the Model S could put up a strong fight thanks to its lower curb mass.

On the first run, we see that the Tesla rockets off the line as soon as the signal is given and continues to increase the gap down the quarter-mile stretch. It records a time of 9.83 seconds at 150.59 mph which we cannot compare to the Lucid because no in-race analytics are provided to us. 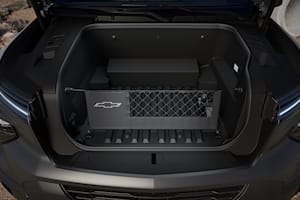 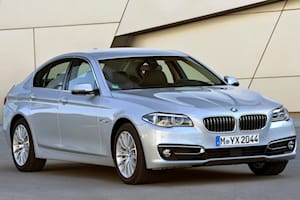 In an attempt to make things a bit more even, a second run is done with the Model S Plaid's Drag Strip Mode deactivated. The Tesla gets a bad start but reels the Lucid in closer to the end, although its run time of 10.21 seconds is not enough to triumph the newcomer. For good measure, a third run is conducted with both models at full launch settings. The Tesla wins yet again with a quarter-mile time of 9.67 seconds at 146.02 mph.

The final competition consists of a rolling race with a 25-mph start. Unfortunately, the Lucid's double motor setup, lofty body, and Pirelli P Zero HL tires (designed specifically to handle the weight of EVs) just aren't enough to keep an even gap between the Model S. Basically, Lucid Air drivers should only race Plaid owners who are sleeping at the line. In any other scenario, the Tesla will always emerge victorious.