2011 Concept Cars of the Year: From Alfa Romeo C4 to Abarth ScorpION

Concept cars come in all shapes, colors and technologies and serve as appetizers, test beds, and laboratories for customers' tastes.

Concept cars are fascinating exhibits that function in various ways as methodical aids for automakers to spread their visions of the car's future to a mass audience and then see the reaction of their potential customers. The visions that unfold before the crowds are of various categories: design, technology, materials, environment and many more. Each car is designed according to a script that explains why the designers preferred one path over the other in creating that unique concept.

The question of what is an important concept car has no on definitive answer. The Alfa Romeo 4C from last year's Geneva Motor Show was defined as a concept, though it was common knowledge that the Italian beauty was intended for production. A lightweight two-seater, mid-engine/rear wheel drive sports car is a must for the redemption of one of the most iconic automotive brands. Only a few months later were production plans announced, with the car set to arrive sometime in 2013. The Mercedes-Benz F125! stands on the opposite side of the pole of the Alfa Romeo 4C and plays a different role: a research vehicle.

Along with its sleek exterior, it has more extreme fuel cell propulsion technology as well as many more innovations. It has even been described as future S-Class, though the future in that case is measured by a decade and a half, at least. The last few years were full of 'green' cars and flooded with anti-truck propaganda. The GMC Sierra All Terrain HD Concept (Detroit, 2011) tried to tilt the balance of power back to the past towards that 'maligned' category with a 6.6-liter 397hp Duramax diesel engine. No production model is expected.

In the past, American customers, particularly those from California, enthusiastically adopted the Volkswagen buggy. Based on the old Beetle, it was an open top car that was propelled by the air-cooled flat-four VW engine. At the 2011 Frankfurt Auto Show, Volkswagen showed a new and modern concept called the Buggy Up! which represents a different automotive lifestyle from the current mainstream vehicles. It will be fun on beaches and in the open air, free from daily commuting that's also easy to maintain and enjoy.

Chevrolet used to be an American brand through and through. However, this ended up becoming one of the obstacles to its worldwide acceptance. Now it looks as if this obstacle has been overcome as the design of GM small cars was transferred from Europe and America to South Korea. The Chevrolet Miray (meaning 'future' in Korean) is therefore a symbol of the new GM. In order to shake off a bit of the grayish image of Chevrolet's small cars, the Miray, shown at Seoul in 2011, has a very edgy two-seater sports car design and is propelled by battery-powered 15-kW electric motors.

Jaguar has a solid reputation as a sporty brand and the C-X16 from Frankfurt is clear proof of that. It possesses a shape of a classic GT car and appropriately equipped with a powerful hybrid powertrain made up of a supercharged 3.0-liter V6 with 375hp and a 92hp electric motor with power going to the rear wheels. Urban cars are the business of the future, so Audi introduced the A2 Concept at Frankfurt. It's made from aluminum and carbon fiber and propelled through the front wheels by a 116hp electric motor that's powered by a 31 kWh lithium-ion battery.

Creative copywriting is also a part of the concept car scene and the Hyundai Curb (Detroit 2011) is part of that trend. It is described in the acronym UAV as an 'Ultra Activity Vehicle.' The proportion between the glass surface and the body panel surface is reminiscent of the Land Rover Evoque and has a lot to offer in terms of luggage space and modern gizmos. Interestingly, it's powered by traditional 1.6-liter gasoline engine. Porsche displayed the 918 RSR at last year's Detroit show and described it as a test bed for a mid-engine modern coupe. It was also a laboratory for racing cars equipped with cutting edge technology.

That technology is based on a hybrid system with a highly efficient flywheel accumulator that accumulates braking energy and stores it for use by the electric motors (as opposed to battery as the storage device in other conventional hybrid systems). The main power source is a V8 engine and the car's tub is made of lightweight materials as befitting a race car. Two 75hp electric motors are positioned in the front wheels and are fed off the energy stored in the flywheel accumulator. Lastly, the Abarth ScorpION is a two-seater electric sports car designed by students at the IED (Istituto Europeo di Design) in Turin, Italy.

For those with an inclination to history, the shape might remind you of an early racing Abarth. Unfortunately, there's no way that Fiat, the owners of the Abarth brand, are going to bring this kind of electric car into the market. 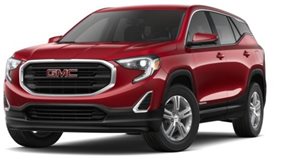