The new droptop Beetle has its online debut only a few weeks before we it's unveiled in the flesh (or sheet-metal) in LA.

Volkswagen has just released full details and pictures of its new Beetle Convertible, roughly a month before its official live debut at the LA Auto Show. Like its fixed-roof counterpart, the convertible top has been flattened from its previous incarnation, and an all-around sportier look aims to take the bug out of chick-car territory and into a broader market. Instead of a folding hardtop, VW stuck with the more traditional fabric roof that takes just 10 seconds to deploy. When not in use, it folds flat behind the rear seats to the benefit of rear visibility.

VW developed what it calls an Automatic Rollover Support System, which consists of two roll-over bars that are hidden behind the back of the rear seat. In the case of an accident, they're activated by a computer in only four milliseconds. Powered by the same engine lineup as the existing tin-top Beetle, entry-level models come with a 2.5-liter five-cylinder that produces 170 horsepower and 177 pound-feet of torque and mated to a six-speed automatic slushbox. The optional 2.0-liter turbo four has a more exciting output of 200 hp and 207 lb-ft and can be had with either a six-speed manual or a six-speed dual-clutch unit.

Diesel fans can opt for the 2.0-liter TDI oil burner and its 140 hp and 236 lb-ft power output that's mated to the same transmission options as the gas turbo model. The interior layout is also identical to that of the hatchback, save of course for the roof. Pricing will be announced at a later date, but you can expect to see the 2013 Volkswagen Beetle Convertible arrive in US showrooms in the coming months. 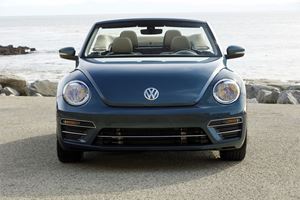 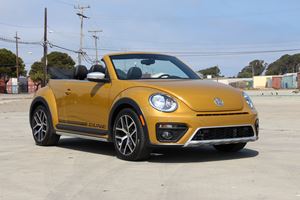