Your favorite quarter-mile specialist will be revealed at SEMA.

When it comes to hardcore Dodge Challengers, the Drag Pak models of recent years have been something special. Dodge started building factory production race cars in the 1960s with the Max Wedge package cars. The 426 Hemi-powered Dodge Dart and Plymouth Barracuda package cars showed up in 1968, and you can still find them racing in NHRA US events. 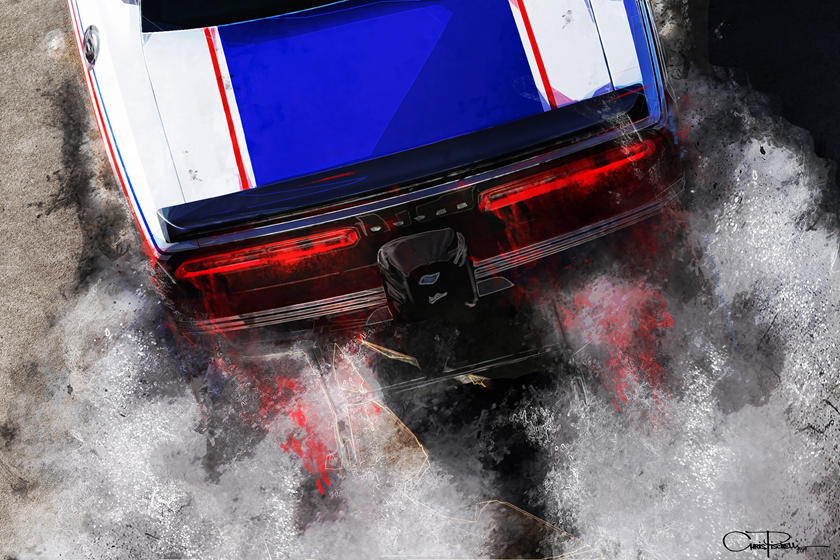 There are no definite details to release yet, but there is a short video of a top-down view of the 2020 Challenger Drag Pak doing a burnout in the wild, and it's definitely a lumpy V8 at idle. There's also supercharger whine as the engine winds up, so it's likely a built Hellcat engine with a race tune. We can see from the picture that there's a wheelie bar mounted on the back along with a parachute to aid in braking at the end of the quarter-mile run. We also see nostalgic blue and red graphics over white paint, so Dodge will be keeping things true to its roots. It's also interesting to note that the 2020 Challenger Drag Pak doesn't appear to be widebody version. 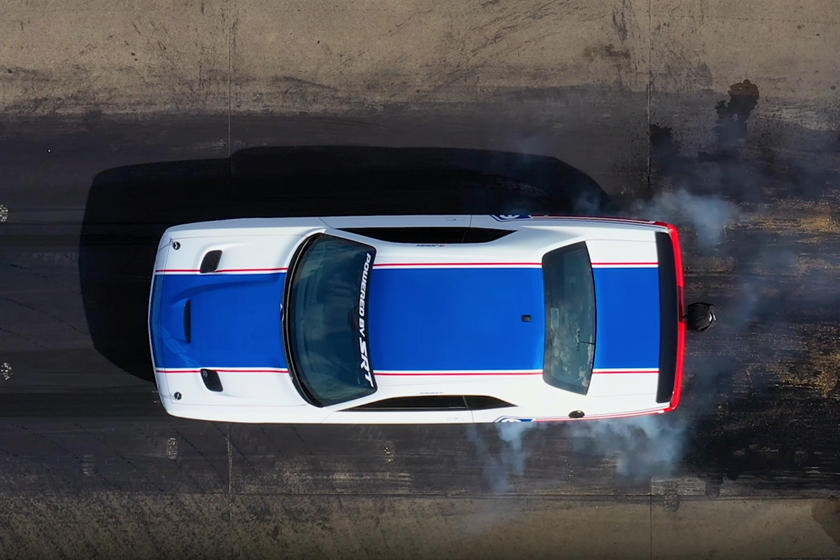 The 2011 Drag Pak had an 8.4-liter V10 stuffed under the hood, so anything is possible here. The 2015 version had a normally aspirated or supercharged option and posted the first official 7-second run in its class at the hands of Geoff Turk during the 2018 NMCA Factory Super Cars World Championship.

The reveal for the new Drag Pak Challenger will happen on November 5 at the SEMA show in Las Vegas, and we'll have the full rundown for you then. 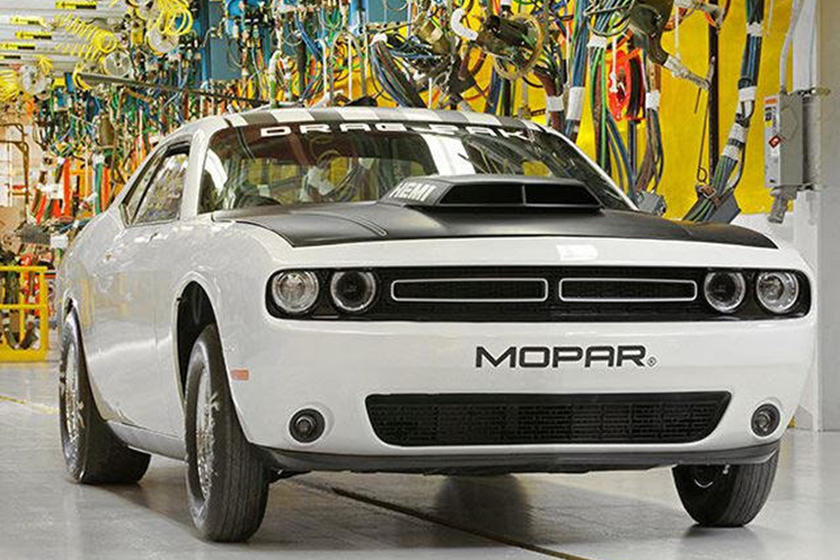 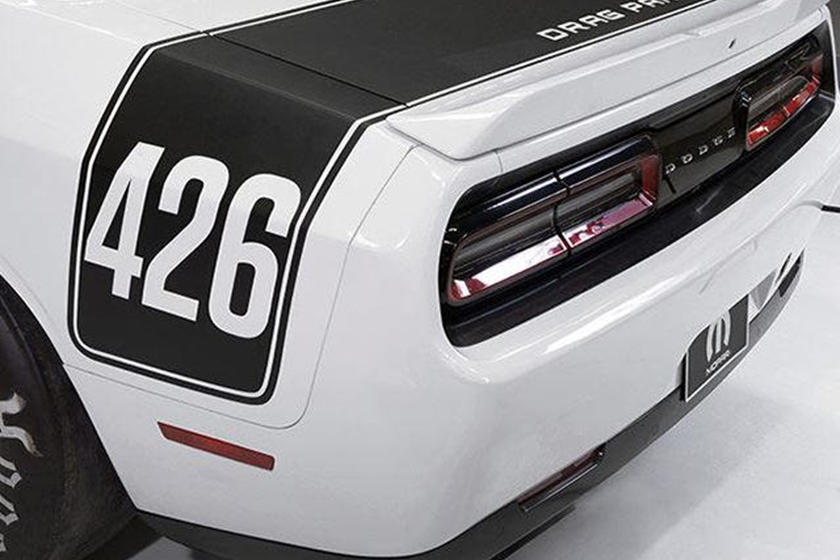 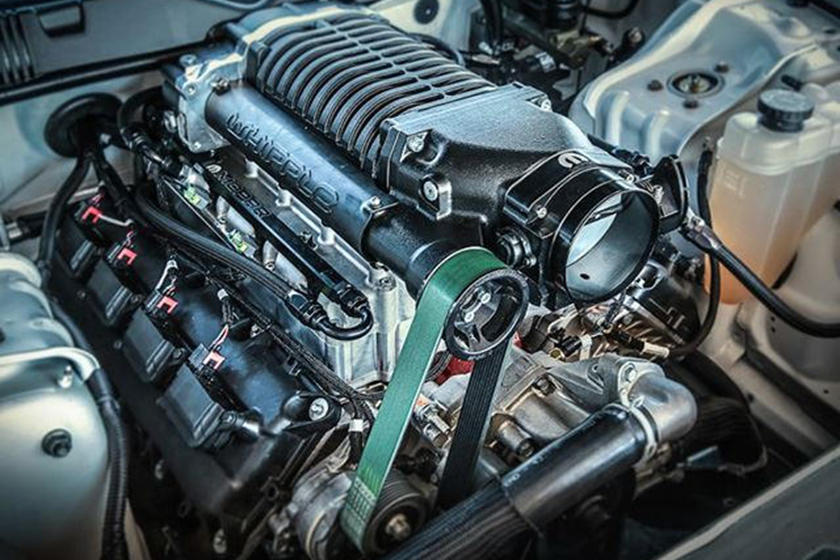 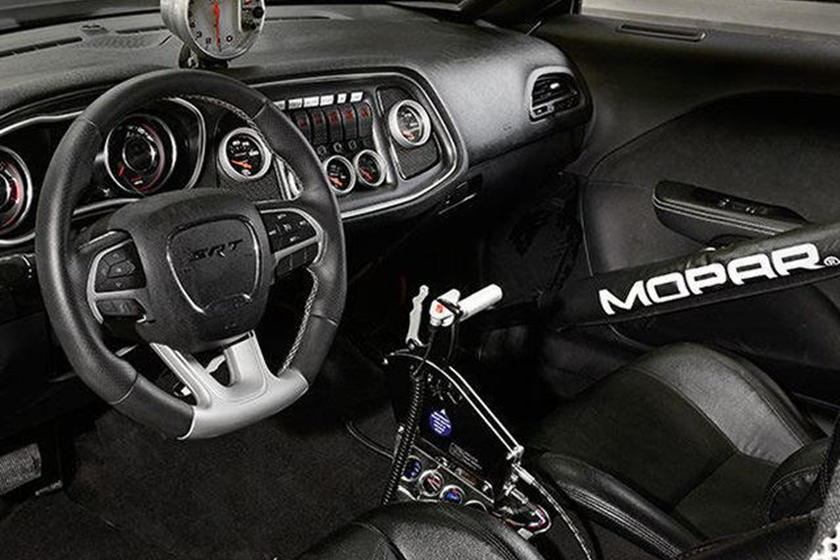 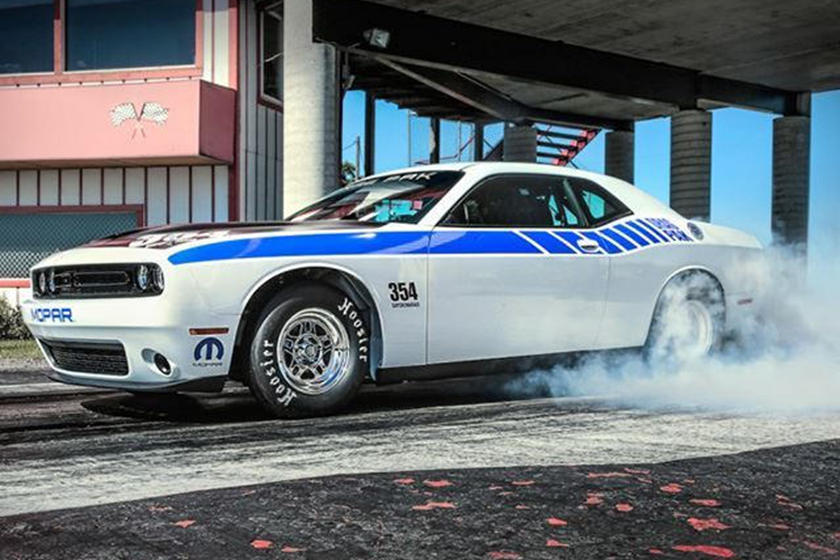 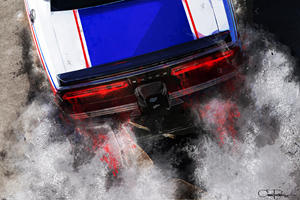 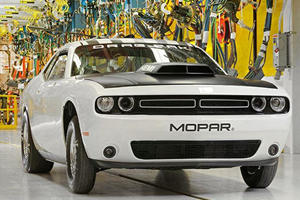 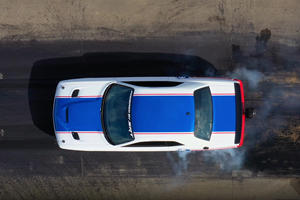 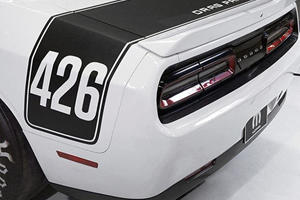 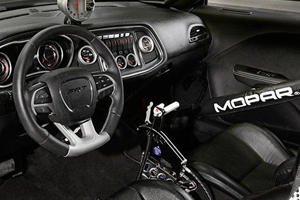 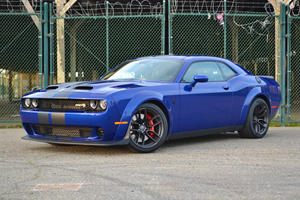 Test Drive
2019 Dodge Challenger SRT Hellcat Redeye Test Drive Review: Just Can't Get Enough
The most fun you can have without strapping yourself to a Space X Rocket bound for Mars.