Providing you choose the front-wheel-drive version.

For the first time since 2012, the Ford Escape crossover is available with a choice of two hybrid powertrains, including a 2.5-liter four-cylinder hybrid engine paired with a CVT transmission producing 198 hp and 209 lb-ft of torque and a plug-in hybrid version with an electric driving range of 30 miles. While we know the performance and pricing details, economy figures have been kept under wraps – until now.

This beats its small SUV rivals such as 2020 Toyota RAV4 Hybrid, which has economy ratings of 41/38/40 mpg city/highway/combined. It's worth noting, however, that the RAV4 Hybrid is only available with all-wheel drive, unlike the Ford Escape.

"This all-new Escape Hybrid is our best one yet, as it answers the call from our customers who loved the original Escape Hybrid but want better fuel efficiency without compromising interior space," said Hau Thai-Tang, Ford chief product development and purchasing officer. "Plus, with driving range like no Escape before, we're giving our customers a vehicle truly capable of letting them focus on living their lives while worrying less about stopping for gas." 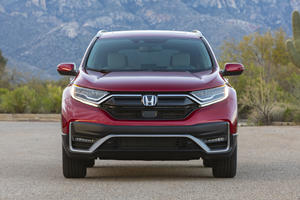 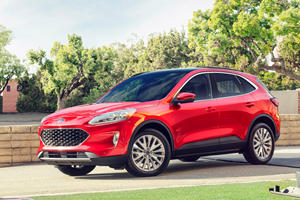