Set to go on sale for the 2020 model year, the Ford Escape Plug-in Hybrid could also very well become the best-selling PHEV in its segment. Not only will it feature state-of-the-art PHEV technology but also a very attractive starting price. Cars Direct has gotten a hold of a dealership order guide which reveals the 2020 Escape PHEV will carry a starting price of $34,235 with destination. The addition of the PHEV variant enables Ford to market its compact crossover with gasoline, hybrid, and plug-in hybrid powertrains.

All that's missing is a pure battery-powered Escape, though we don't see that coming for some time. Starting next year, the 2021 Mustang Mach-E will offer EV buyers the vehicle they want, though at more expensive base price.

It's also more expensive than other PHEVs on the market, such as the Toyota Prius Prime ($28,705) and the Kia Niro Plug-In ($29,545). Standard features will include automatic emergency braking with pedestrian detection, blind-spot warning, and automatic high beams.

The Escape SEL PHEV will have a starting price of $36,815 and tacks on a hands-free liftgate, fog lights, and roof rails. A panoramic sunroof costs an extra $1,495. The Escape Titanium PHEV will begin at $40,030 and comes with, among other premium features, a 10-speaker Bang & Olufsen sound system, wireless charging, and acoustic glass. Ford's entry into the compact SUV PHEV segment will certainly spur rivals to respond. It will also be interesting to see how (or if) Mitsubishi reacts.

Chances are, this specific SUV segment and powertrain combo will prove to be highly popular. 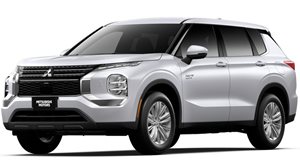