Here's how much the new hardcore Mini John Cooper Works GP will cost you.

After confirming how much the electric Cooper SE will cost, Mini has announced pricing for the new hardcore John Cooper Works GP. Unsurprisingly, it isn't cheap. In the US, the 2020 Mini John Cooper Works GP will start at an eye-popping $44,900 plus an $850 destination and handling fee, bringing the total to $45,750.

Mini hasn't lifted the wraps off the new hot hatch yet, but the automaker has confirmed the 2020 John Cooper Works GP will debut at the 2019 LA Auto Show this month, which is open to the public from November 22 to December 1.

The new John Cooper Works GP will be the fastest and most powerful road-going Mini ever produced in the company's 60-year history, packing a potent four-cylinder turbocharged engine that produces 301 hp, which is likely the same engine powering the BMW M235i Gran Coupe. This setup enabled the hot hatch to lap the Nurburgring Nordschleife in less than eight minutes, which was 23 seconds faster than the last-generation model.

It also features custom-tuned chassis technology and an aerodynamically optimized exterior that will make the car significantly lighter than the regular Mini. Spy shots have shown the hardcore Mini JCW GP will sport a new grille, an aggressive front splitter, and a massive rear wing. Bigger brakes and revised suspension will also make it more track-focused.

Inside, spy shots have shown the new Mini John Cooper Works GP will be equipped with sports seats and a new screen replacing the old model's rev counter. The rear seat will also likely be removed to save extra weight.

Production of the 2020 Mini John Cooper Works GP will be limited to just 3,000 units at Mini's factory located in Oxford, England. Mini hasn't announced when the hardcore hatchback will go on sale, but we should find out more at the LA Auto Show this month. 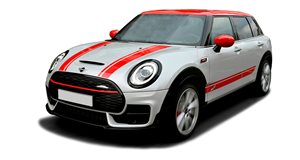 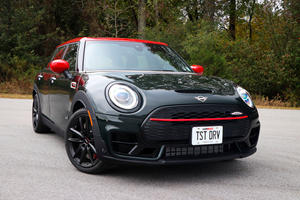