The anticipation will finally end in just a couple of months.

Rumors follow wherever Japanese sports cars go. Just look at the speculation surrounding a new Mazda RX-7, or back to the anticipation surrounding the return of the Acura NSX. The same goes for the Toyota Supra. But soon those rumors will be able to take a rest as Toyota has confirmed the launch of the new Supra for the Detroit Auto Show in January.

When that glorious day comes, just a couple of months from now, it will lay to rest the anticipation that's been building since the last Supra was withdrawn from the North American market back in 1998.

The fourth-generation Supra did remain in production back home in Japan until 2002, and five years later, Toyota started stoking the fires by presenting the first in a succession of concepts to preview its return. The most recent GR Supra Racing Concept was unveiled earlier this year in Geneva before the prototype was shown at Goodwood.

Now confirmed as a 2020 model, the new Toyota Supra stems from the same joint development program that has already yielded the new BMW Z4. Both the Japanese coupe and the Bavarian roadster share the same classic sports-car setup, with a straight six up front driving the rear wheels.

Based on the Z4's specs, we're expecting about 335 horsepower and 369 lb-ft of torque from 3.0 liters and a pair of turbochargers. That'd make it significantly more powerful than the last Supra's 225 horsepower (in US spec). We'll just have to wait for the official specifications, but it won't be long now.

Only one teaser image of the hood was revealed with the confirmation of its debut, but Toyota did reveal that the first Supra to roll off the line early next year will be auctioned off for charity. And given the anticipation, we don't doubt it'll raise a pretty penny. 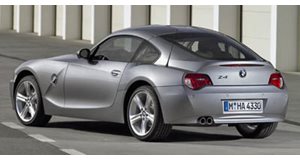