Even with global closures and lockdowns.

It's hard to imagine an automaker having its best sales year ever in 2020, considering that most companies were forced to shut down operations at some point due to the global pandemic. But demand for Bentley was so high, the UK automaker even considered boosting production beyond its current cap. New reveals like the 2021 Bentley Bentayga Hybrid and the performance-minded Bentayga Speed should bolster sales even further in 2021 but even without those products, Bentley still managed to post record numbers in 2020.

Bentley delivered 11,206 vehicles in 2020, a 2% increase over its already stellar 2019 sales figures. The UK marque says its initial projections were even higher for the calendar year, but Covid-related shutdowns played a factor. Still, 11,206 units sold marks the best year in Bentley's 101-year history.

"Even though we anticipated greater sales before the pandemic struck, when you consider the level of restrictions around the world for the majority of the year, to achieve a record sales performance is a strong measure of our potential," said Adrian Hallmark, Chairman and CEO of Bentley Motors.

Like most automakers, Bentley was forced to cease production for seven weeks in March, then reduce output by 50% for the next nine weeks while social distancing measures were implemented. Bentley performed a comprehensive redesign of its production facility to meet the global demand and combined with the launch of several new models, the company thrived in 2020.

The Continental GT accounted for 24% of sales while the GT Convertible made up 15%, totaling 39% of Bentley's sales volume. While the production of the redesigned Bentayga was delayed, it was still Bentley's highest-selling model, accounting for 37% of sales.

"As we look to the year ahead we remain cautiously optimistic as much remains uncertain. One thing that doesn't is our commitment to progress, the first step of which is the launch of the Bentayga Hybrid. This is one of nine new models we will launch this year as we continue on our Beyond100 strategic path and our accelerated journey towards becoming a fully electrified car company by 2030," Hallmark said. 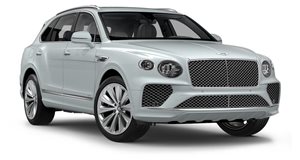