Turning up the heat on Audi and Tesla.

Earlier this week, Rivian revealed its all-electric R1T truck to the world and today is SUV day. Meet the Rivian R1S, an electric SUV that rides on the same platform and shares all general mechanics with its truck sibling. Think of it like this: same chassis, different bodies. And that's just fine with us considering the R1T boasts an impressive 410 mile range (exactly 10 miles more than the truck) and powered by a total of four 197 hp electric motors, one at each wheel.

Also like the truck, it features the same 180 kWh battery pack as well as the 135 kWh unit with a 300-mile range. A 105 kWh with a shorter range will arrive in about a year's time. Also convenient for future owners is that 200 miles of range can be achieved in only 30 minutes of charging. 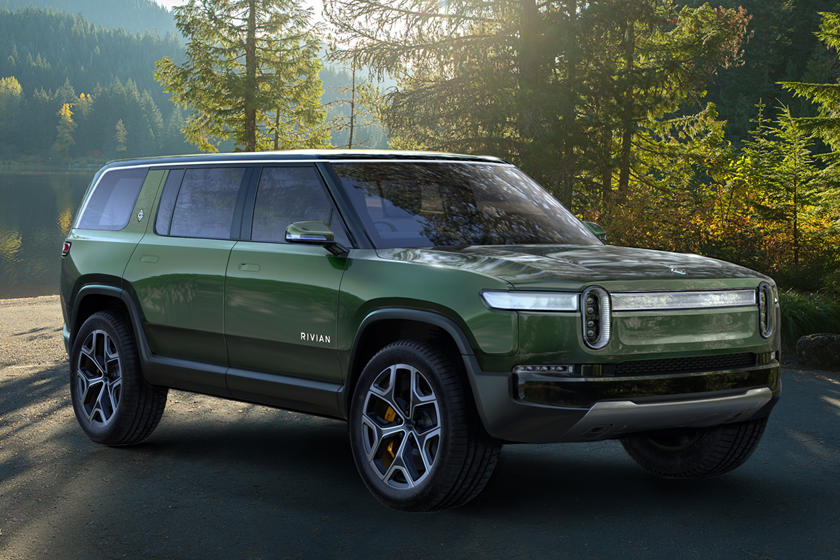 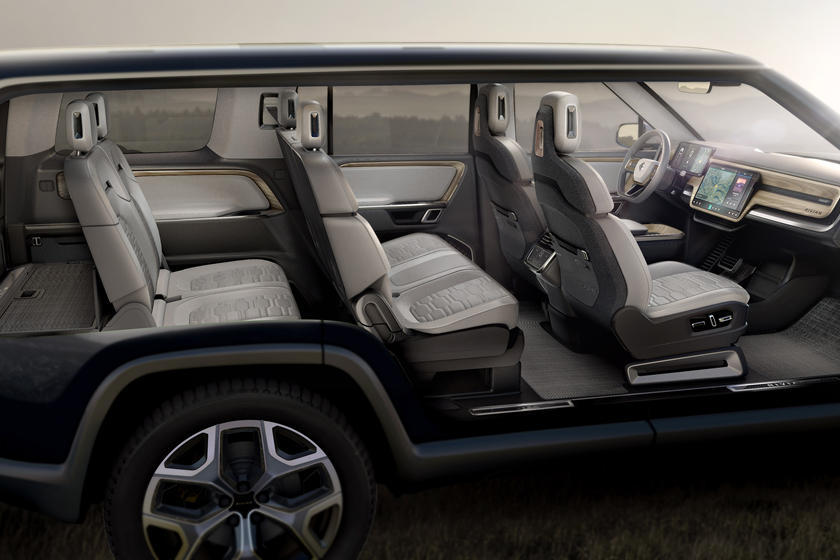 However, Rivian adds the SUV weighs 44 pounds less than the truck while still retaining the same 14.4 inches of ground clearance and water fording depth of 29.4 inches. It's also 15 inches shorter in length than the truck and the wheelbase was also shortened. There's also the same adaptive dampers and an adjustable suspension for a comfortable ride in a range of conditions. 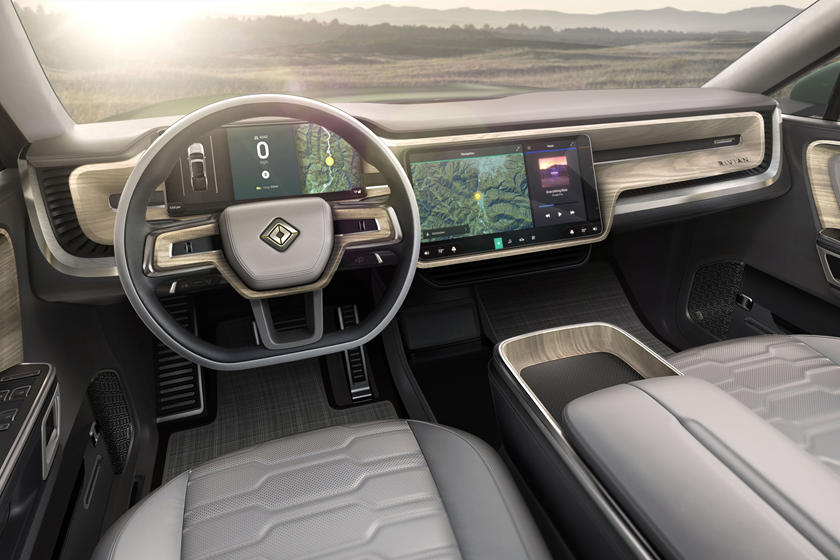 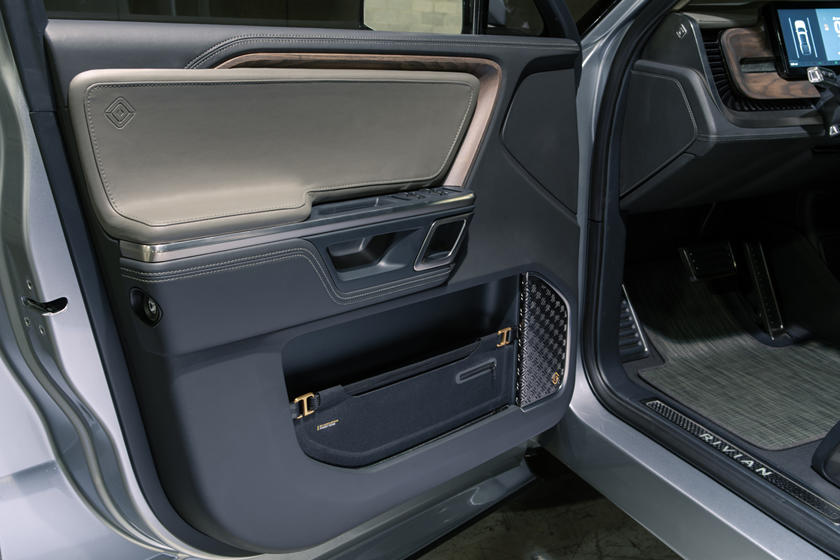 The cabin styling is, no surprise, also identical to that of the SUV, but the latter's seven seats has been cut down to five. There's also the exact same digital dash display and instrument cluster, which definitely has a more conventional look to it than, say, a Tesla Model X. Like a BMW X5 or a Range Rover, Rivian opted for a combination liftgate and tailgate. Both second and third-row seats fold flat enabling plenty of additional storage. Level three autonomous driving is standard on all Rivian vehicles, as both truck and SUV use a combination of lidar, radar, ultrasonic and GPS.

Rivian also points out it expects its vehicles to become IIHS Top Safety Car Picks Plus recipients and will be awarded a 5-Star NHTSA crash test rating as well. The Rivian RS1 will carry a base price of $72,500 for the smallest battery pack variant. Expect to pony up around $90,000 for the most powerful battery pack. Reservations are being taken right now for both the truck and SUV with a refundable $1,000 deposit. Rivian says customers can expect deliveries sometime in 2020. 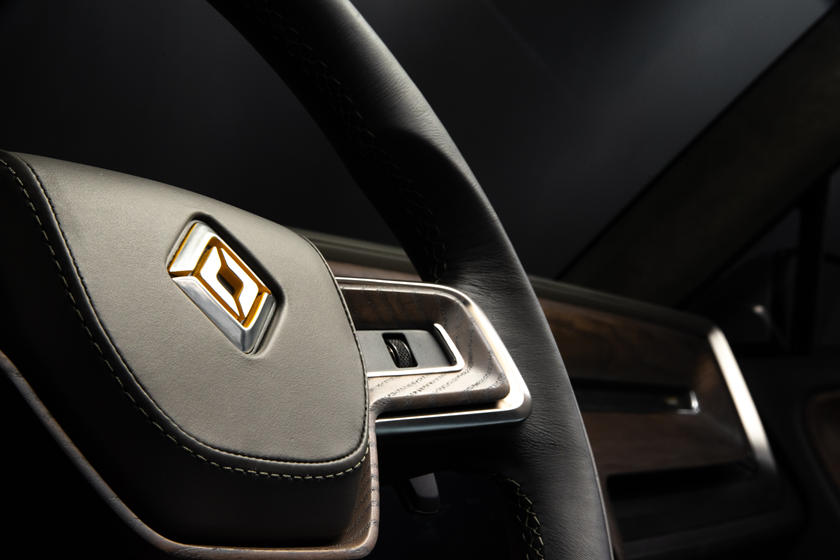 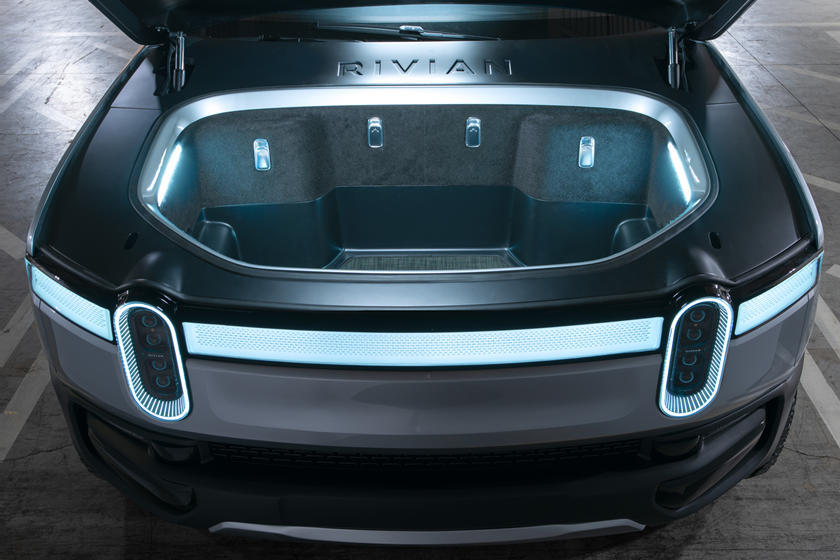 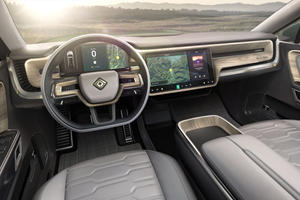 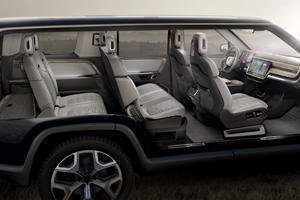 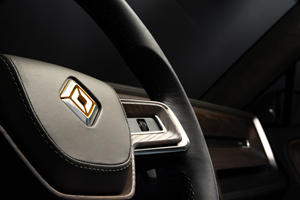 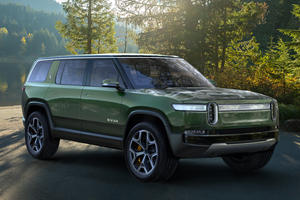 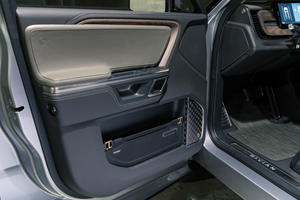