Nothing can be done about it now.

The sixth-generation Chevrolet Camaro is a fighter. Despite falling behind both the Ford Mustang and the Dodge Challenger in the Detroit muscle car sales race, it still presses on fight another day. For the upcoming 2022 model year, a few trim and color choice updates are planned but nothing substantial. In general, the new model year Camaro is pretty much the same as the 2021 model. The order books were opened in early April. Unfortunately, those orders aren't going to be filled anytime soon.

That start date has reportedly been pushed back to September 20. An exact reason for the three-month delay was not provided, but it's fair to assume the ongoing semiconductor chip shortage crisis has something to do with it. Camaro production has already ground to a halt and restarted more than one because of this issue, though that was for the final batch of 2021 models.

Industry analysts predict the chip shortage will last through the end of the year, so it's really no surprise some models, especially less popular ones like the Camaro, are taking a hit. GM, like its rivals, is devoting its chip supplies to better-selling trucks and SUVs. 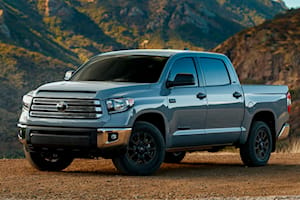 The Camaro is very much a niche model and drops significantly on the priority list in times of crisis. Even its decades-long rival, the Mustang, might be facing some troubling times as the average buyer's age has gotten older over the last decade. Interestingly, the previous generation C7 Corvette had a similar problem. One of the benefits of changing from a front to a mid-engine setup was that it helped lure a new generation of enthusiastic younger buyers.

Chevy and Ford won't move where their muscle cars' engines are located but it's highly likely they'll change the powertrain. It's only a matter of time until one or both go all-electric. Purists won't approve but it'll either be that or see both models disappear completely. 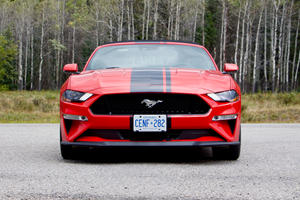 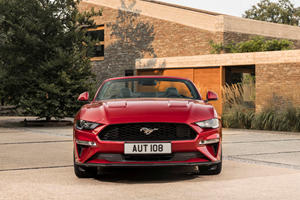