The new Mercedes SL will be significantly sportier than its predecessor.

Back in January, we got our first look at the next-generation Mercedes SL, which will fill the void left by the Mercedes S-Class Cabriolet being discontinued. Since then, Mercedes has done a good job of keeping the new SL under wraps from our prying spy photographers - until now. Unfortunately, the body is still cloaked in camouflage in this latest sighting, but we get a much clearer look at the front fascia, which sports sleek production headlights and taillights and a prominent grille.

As we saw in the previous spy shots, the new SL will ditch its predecessor's hard-top roof in favor of a lighter fabric soft top.

While the design details are disguised under the camo, the new SL is expected to have a retro-inspired design that borrows cues from the legendary Mercedes 300 SL. Mercedes-AMG is also developing the new SL alongside the next-generation Mercedes-AMG GT, so it will have a much sportier look. Both models will ride on the company's Modular Sports Architecture to save time and development costs.

According to Mercedes-AMG boss Tobias Moers, the new Mercedes SL will offer sportier driving dynamics without sacrificing comfort and will also be offered exclusively as a roadster. Reports also claim the new sports car will incorporate two rear seats for added practicality.

Under the hood, engine options are expected to include a 435-hp inline-six-cylinder and a 522-hp twin-turbo V8, while the next-generation SL63 will reportedly be rated at 612 hp.

The SL73 will also reportedly make a comeback with a plug-in hybrid producing a combined 800 hp and 738 lb-ft of torque. Clearly, the development of the new Mercedes SL is still at an early stage, but we're hoping it won't be too long until we see prototypes hit the road. After that, the new Mercedes SL is expected to debut sometime in 2021 and go on sale as a 2022 model. 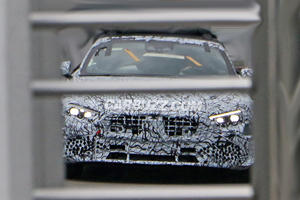 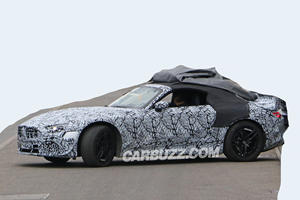 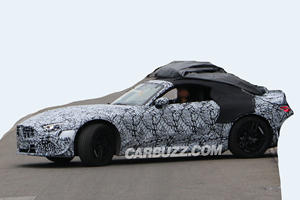 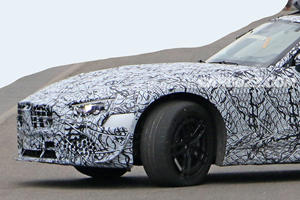 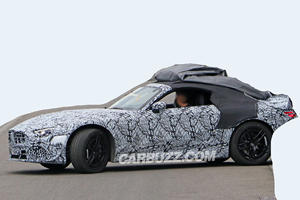