This is our first look at the new hybrid.

After Range Rover celebrated its 50th anniversary last year, Land Rover is now developing the next-generation version that will take on new luxury rivals like the Aston Martin DBX. Last month, Land Rover was caught testing a long-wheelbase version of the Range Rover Evoque, and now the next-generation Range Rover Hybrid has been spied testing for the first time. Prominent yellow stickers on the front and rear window confirm that this prototype has an electrified powertrain under the hood.

Some of the camouflage has started to strip away since our last sighting, giving us a clearer look at the Range Rover's redesigned grille that features rectangular slats. Some of the plastic cladding has also been removed, but the design details are still concealed under the camo.

The new Range Rover will ride on Jaguar Land Rover's Modular Longitudinal Architecture (MLA) platform that can support a wide range of powertrains including combustion, fully-electric, and plug-in hybrids. This platform would have underpinned the electric Jaguar XJ, but the flagship electric sedan has been scrapped. Instead, it is being reserved for large Land Rover models like the new Range and Range Rover Sport. As standard, the new version will likely be offered with a 3.0-liter turbocharged mild-hybrid inline-six.

The current Range Rover Hybrid is powered by an electrified 2.0-liter turbocharged inline-four producing 398 hp and 472 lb-ft of torque, which should carry over in the new model.

In the current Range Rover Hybrid, this setup enables the large luxury SUV to accelerate from 0-60 mph in an acceptable 6.4-seconds and cover up to 19 miles on pure electric power. It remains to be seen if Jaguar Land Rover's 5.0-liter V8 will return, but reports suggest it will be replaced by a BMW-sourced twin-turbo V8.

As for the interior, previous spy shots have shown the new Range Rover will be upgraded with a digital gauge cluster, a larger touchscreen, redesigned switchgear, and more luxurious materials. The new Range Rover is expected to debut later this year, followed by its Sport sibling around a year later. 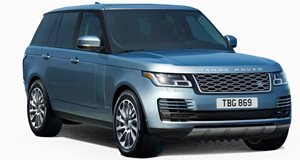 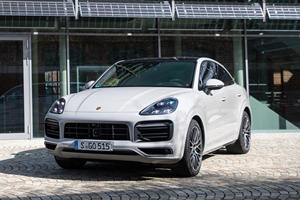 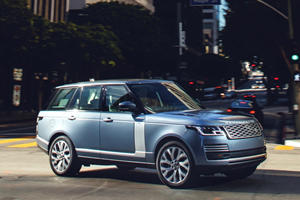