Fraudulent insurance claims have led to some fascinating stories long before the days of troublesome millionaires driving their Bugatti Veyrons into the riverside. This latest one that comes out of the Tri-Cities has to be one of the most elaborate ones as it includes a group of 23 suspects who were able to rake in close to $1 million in car crash claims.

As reported by the Tri-City Herald, 14 vehicles were used over three years. Those accused were said to have misled law enforcement officers, medical personnel, and insurance companies, as per an 81-page indictment. All of these collisions took place in deserted locations during low light conditions and with no witnesses on site.

It was also revealed that there was no one inside the last three cars that were crashed. The group used hammers to break the windows while heavy items were placed on the passenger seat to manipulate the airbag sensor. Once some of these crashes had taken place, the supposed victims would head on over to their closest medical center and "sought emergency room and medical treatment for fictitious, fabricated and exaggerated accident symptoms and injuries."

Collected payouts were the result of a bodily injury, loss of wages, and property damage to the vehicles all combined. The 23 people are situated in four different states as well as Canada. They include four married couples, three sets of siblings, and a father and son. The court document reveals that the syndicate was so organized that it appointed a law firm case manager to handle all of the correspondence. 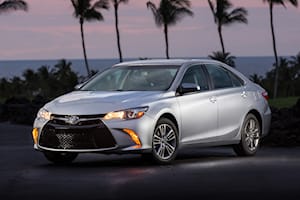 Although all 23 members have been charged, four of the defendants have not been tracked down and are now classified as fugitives. Federal prosecutors explain that the defendants would either transfer ownership or gift a vehicle to a co-conspirator right before the day of the scheduled crash. They would also lie about who was behind the wheel with the original driver fleeing the scene before any authorities arrived at the site.

One segment of the scam includes a 2004 Hummer H2 which was purchased for $200. The new owner then rolled back the odometer in an attempt to increase the value of the car. This was torpedoed by a 2015 Chevrolet Camaro. The Chevy still owed $12,300 on its financing to a credit union in the Tri-Cities and was subsequently declared totaled. The insurance payouts surrounding this incident equate to $88,000.

The group was caught three years after the scheme began by an investigation conducted by an undercover FBI agent. Six defendants caught on to the threat and fabricated a story that suggested the agent requested a $22,000 bribe among other false statements. The lengthy court document concludes that just over $962,300 was claimed by the group from various insurance companies.