One of them is likely to be the 8 Series Convertible.

We're now less than two weeks away from the Paris Auto Show, which will host several significant car debuts including the new BMW 3 Series. After Paris, the next event on the motor show calendar is the LA Auto Show, which kicks off on November 26. Organizers have announced we can expect more than 50 global and North American debuts at the show.

No specific debuts were announced, but it's been confirmed that BMW will present three brand new models at the event as well as a new concept. These are in addition to the North American debut of the new BMW X5, which will be presented alongside the new 8 Series coupe and Z4 M40i Roadster.

Nothing has been officially confirmed, but it seems likely the BMW 8 Series Convertible will make its world debut in LA since prototypes have already been spotted practically naked. The X3 M and X4 M could also break cover, as BMW recently teased these new performance-focused SUVs.

Other debuts are expected from Volkswagen, who will present a new electric concept, as well as special editions of the GTI and Beetle. Presumably, these will be the Beetle Final Edition and the Golf GTI Rabbit Edition. Toyota will also showcase five new vehicles, including hybrid and special edition models, while Subaru will have multiple model debuts, including a plug-in hybrid. We can also expect to see new model debuts from Nissan, Porsche and Volvo, which suggests the new 992-generation Porsche 911 will make its world debut in LA rather than Paris.

"As the nation's number one green vehicle market, it is fitting that nearly one-third of the debuts slated for this year's AutoMobility LA are electric or alternative fuel," said Lisa Kaz, President and CEO of AutoMobility LA and the LA Auto Show. "It is exciting to see how many volume and luxury brands are offering greener mobility options for environmentally-conscious Southern Californians." 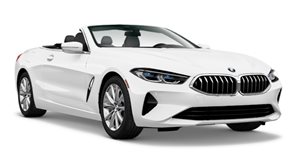