The Polaris Slingshot is an American manufactured and remarkably popular oddity of the road. Depending on your state, it's either registered as an autocycle, which requires a driver's license to operate on the road, or as a motorcycle. Unlike a motorbike, it doesn't lean through corners and is controlled with a steering wheel. Unlike a car, it has no roof or doors, and the windscreen is optional. Typically, the Slingshot is powered by a 2.4 liter inline four-cylinder GM Ecotec engine making 173 horsepower. However, the enterprising owner of this Slingshot, Scott Riley, has decided that a legendary turbocharged six-cylinder Toyota 2JZ engine making 400 horsepower would make an exciting swap. 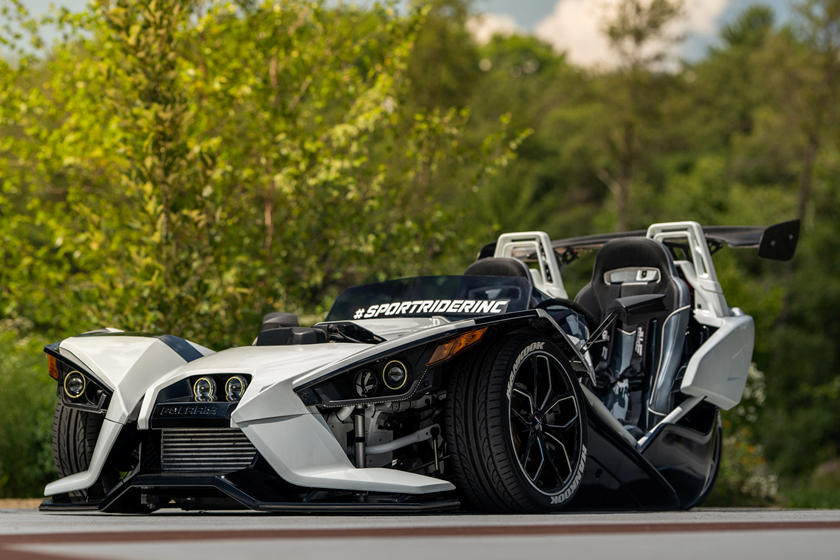 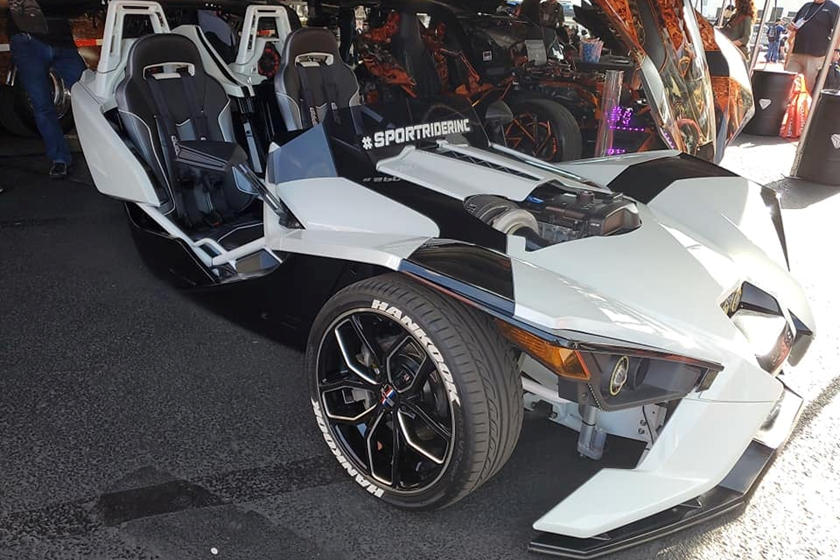 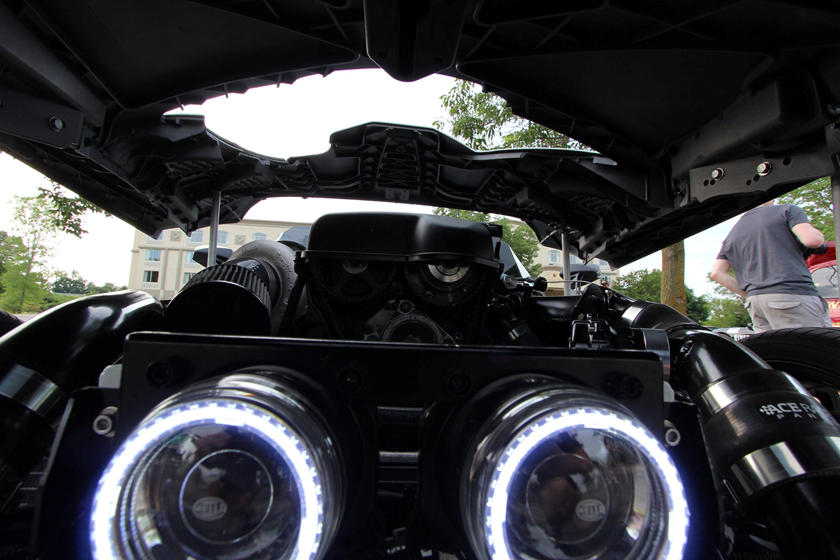 The 2JZ engine earned its reputation for being both bulletproof and infinitely tune-able in the MKIV Toyota Supra. Riley told Engine Swap Depot that he chose the 2JZ over an LS V8 due to its compatibility with the Slingshot's stock Aisin-based five-speed manual transmission. Initially, the build was set to be a raffle prize at a rally event with the proceeds being given to charity. However, the rally was canceled during the build, but Riley carried on with the project with his father. Riley's father is an engine builder and went to work refreshing the internals on the 2JZ that was rescued from a Lexus IS300 with 200,000 miles on the clock. 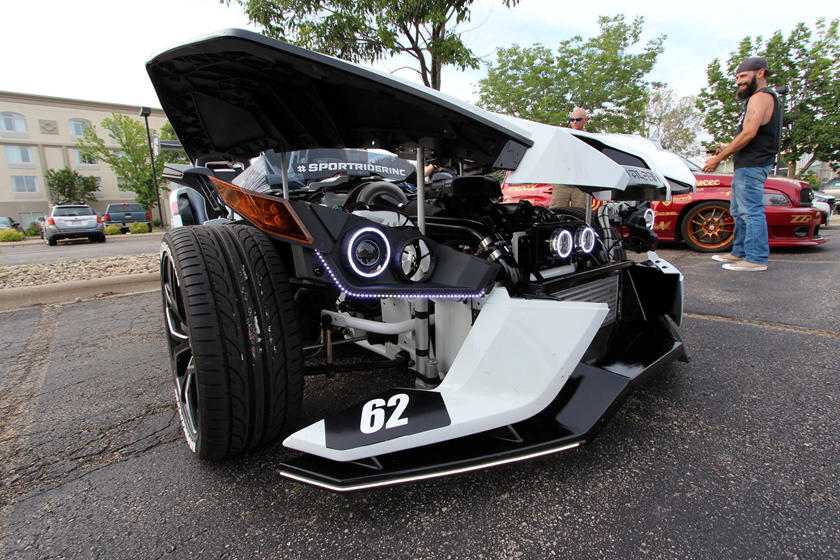 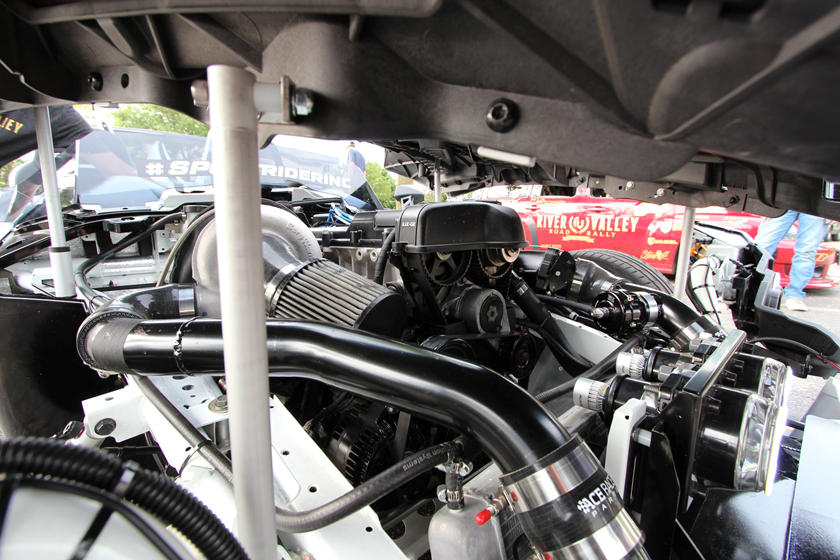 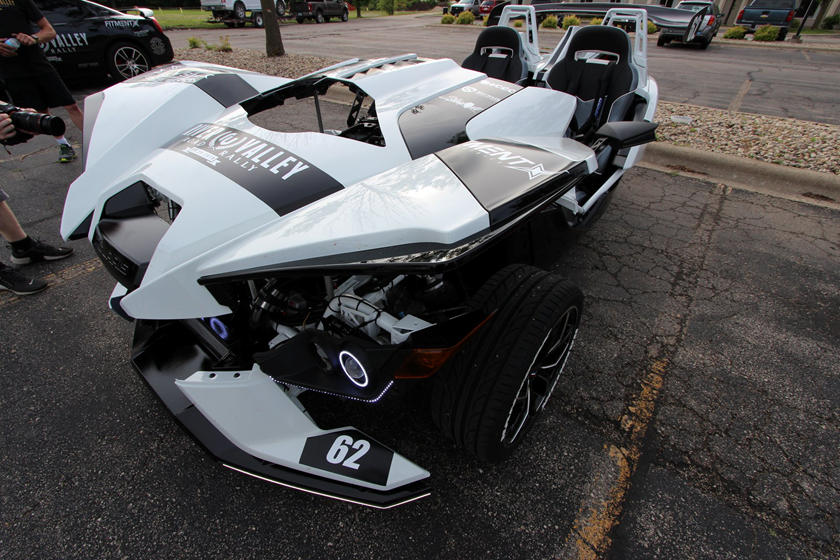 The rebuild included new valve springs, JE Pistons, Eagle rods, and a 66-mm BorgWarner turbocharger and is controlled by an AEM Infinity ECU. The stock gauge cluster wasn't compatible with the stock Polaris unit, so the father and son team have used an AEM Carbon 5 aftermarket cluster instead.

The engine isn't the only drastic modification to this Slingshot, and it rides on a custom air suspension system with its own ride control kit featuring two air tanks mounted next to the driveshaft. It also looks like an absolute weapon of a machine and a fun way of risking your life on the road. This probably isn't the end of the story either, as Riley plans to get the engine up to 500 horsepower in the future. 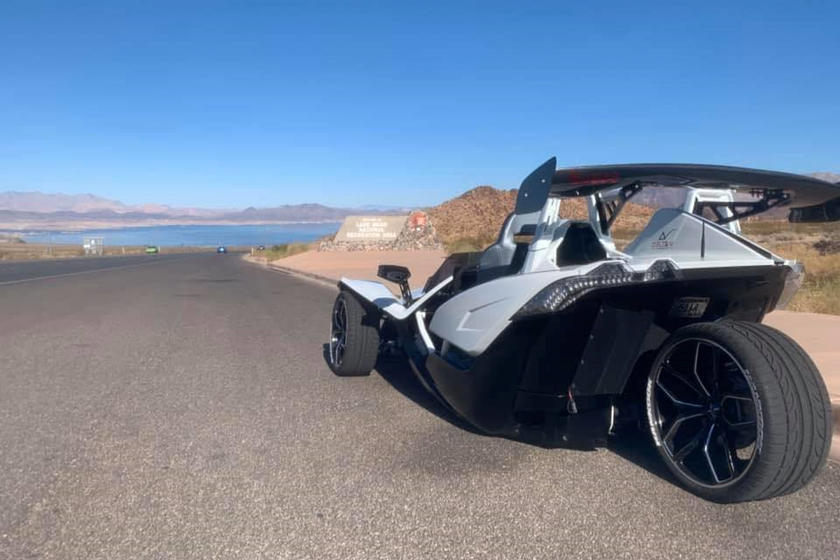 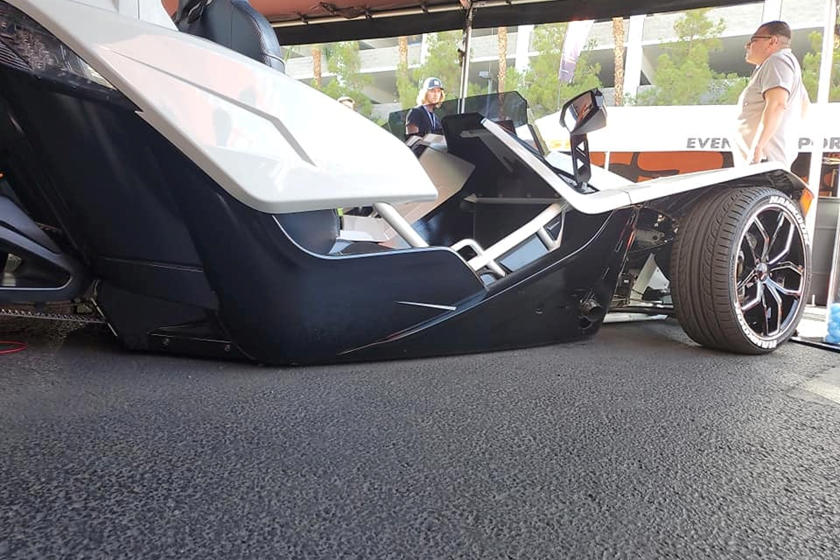 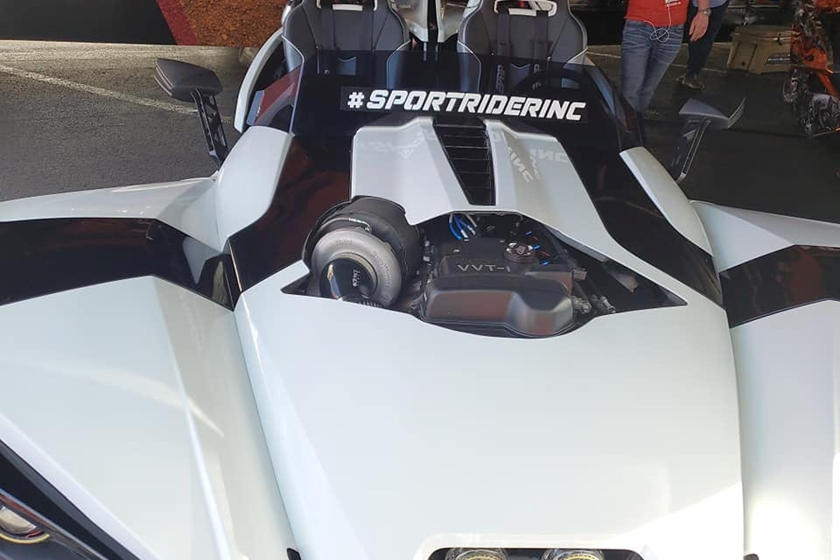 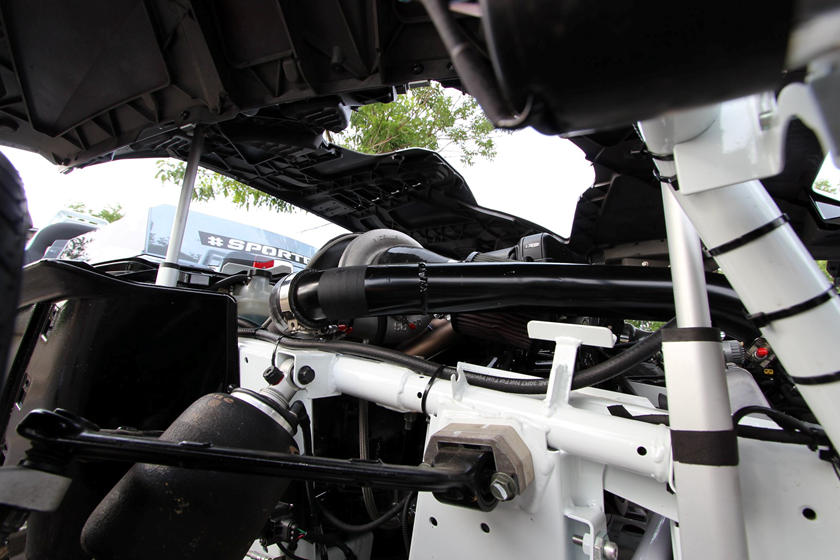 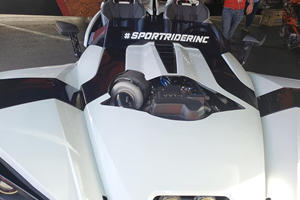 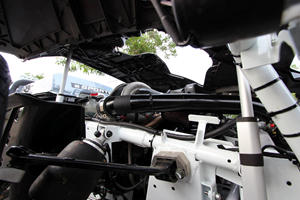 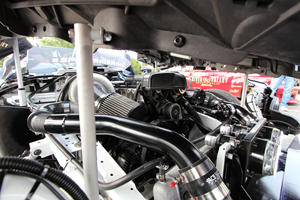 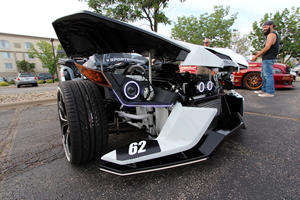 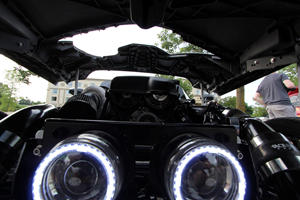