While every other department is going EV, the USPS is making pony car stamps.

The US Postal Service (USPS) is commemorating the golden era of the pony car by introducing five new stamps featuring the most famous examples of the breed.

Scott Bombaugh, chief technology officer and executive vice president of the USPS, will unveil the collection on its official first day of issue at the Great American Stamp Show in August. The ceremony will be open to the public, and everyone is welcome to join.

The USPS paid tribute to muscle cars in 2013, and this is the first car collection since then. Younger readers might wonder what the stamps are for, but the USPS still has a massive footprint in the USA. Enough of a footprint to annoy the NHTSA.

The USPS is currently the bad boy of the administration after it ignored the NHTSA's recommendations and spent $11.3 billion on a fleet of ICE vehicles to replace the current batch of Grumman Long Life Vehicles. The Postmaster General Louis DeJoy simply stated that "the process needs to move forward," despite the government's insistence on going zero emissions by 2035. 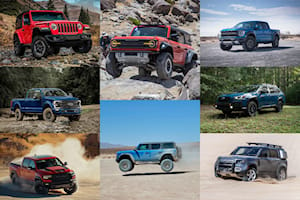 Somebody at the USPS must be a car fan and a maverick. At a time when even police departments are going EV, it's commemorating the pony car. And let's not forget that it's being sued for buying gas-guzzling delivery vehicles instead of a more environmentally-friendly option.

USPS states that "these performance coupes and convertibles have brought a youthful spirit to the automotive world." Sales of pony cars took a dip during the 1970 energy crisis, but they were back on top by the decade's end.

"Since then, the popularity of pony cars has ebbed and flowed. But over the past two decades, automakers have reintroduced many of the beloved models first launched in the genre's heyday. Today, adventurous young - and young-at-heart- drivers enjoy the thrill of driving pony cars," states the USPS. 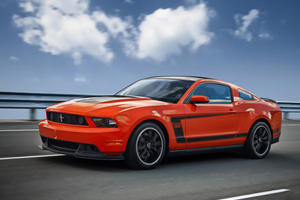