The Italian design house is famous for its sexy and exclusive creations.

Zagato seems to hit a homerun every time it designs a car. It isn't often that the automotive design firm hits 1.000. All baseball analogies aside, Zagato does some seriously sexy things to cars, many of which become instant classics and their values increase consistently over the years. Spyker, BMW and AC are just a few of the car companies whose models have been significantly improved by the firm's magical touch. You can check out some of Zagato's latest and greatest works below.

The AC 378 Zagato GT marked a return to prominence for AC and business as usual for Zagato. Powering the sexy Anglo-Italian speedster is a naturally aspirated 6.2-liter V8 engine good for 434hp and 430lb-ft of torque. Zagato and AC managed to keep the car light, with its final weight coming in at 3,229 pounds. Top speed for the AC 378 Zagato GT is 185 mph and its 0 to 60 time is said to be under 4 seconds.

Bentley was hoping to make some serious cash when they partnered with Zagato in 2008 on the Continental GTZ. The idea was that buyers would fork over $1.1 million ($200,000 for the car and $900,000 for the Zagato styling package) for the privilege owning the Continental GTZ. Only nine were made and all were sold to wealthy collectors. $1.1 million is a lot to pay for a luxury coupe, but then again, this one has Zagato's signature styling. The one-off was last seen on eBay with a starting price of $1.1 million and a "Buy it Now" price of $1.45 million.

Only six Ferrari 575 GTZ's were built and there were an additional three units of the 550 Barchetta done with unique Zagato styling as well. The 575 GTZ used the 575 Maranello as its base, with the 250 GTZ inspiring its sleek and curvy look. The 575 GTZ may have started life as a Ferrari, but its double bubble roof, large front grille and sizable front and rear fenders both say Zagato. The car was commissioned by Japanese Ferrari collector Yoshiyuki Hayashi and was said to cost $1.87 million. 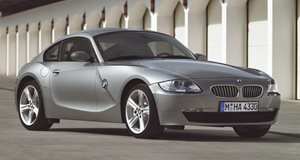