How much would you be willing to pay?

The Ford Focus RS left the US market after just one generation, the victim of the crossover surge fueled by the demand of eager soccer moms, mall-goers, the occasional dentist, and off-road posers. A little harsh? Perhaps, but the fact remains: hot hatchbacks are a dying breed in America only a few years after it seemed they were destined for great things.

Meanwhile, the next Focus RS will debut in the not too distant future as an overseas model. American Focus RS enthusiasts have every right to feel abandoned. After all, they repeatedly asked for Ford to bring the all-wheel drive, Ford Performance-developed hatch to the US in the first place.

The good news is that anyone who wanted one didn't have much difficulty in doing so. It wasn't limited in production though dealership markups weren't uncommon. But if you did happen to miss out on buying a Focus RS, your last chance may have just appeared on Bring A Trailer. This 2017 Ford Focus RS is almost brand new. As in barely 900 miles on the odometer brand new. Instead of the common Nitrous Blue, this one is finished in Frozen White with blue stripes over a Charcoal Black leather interior with heated Recaro front seats.

Power, of course, comes from a turbocharged 2.3-liter inline-four with 350 horsepower and 350 lb-ft of torque. A six-speed manual gearbox sends that juice to all four wheels. A torque-vectoring all-wheel-drive system makes serious canyon carving an even better experience.

Other exterior features include factory-spec 19-inch alloy wheels wearing Michelin Pilot Super Sport tires. There's also a protective film covering the front bumper, mirrors, hood, and fenders. The windshield was even ceramic tinted. Originally sold at Sarasota Ford in Florida, the only main service done was a warranty replacement of the head gasket. An oil change was done only one month ago. Its original retail price, according to the window sticker (also included in the sale) was $39,780.

Not surprisingly, the car is still covered under a transferable Premium Care five-year/75k-mile warranty. As of this writing, the highest bid was just $7,750. The auction is scheduled to end in the middle of this week and it'll be interesting to see if the final price exceeds the original one. Given its extremely low mileage, this nearly new 2017 Ford Focus RS shouldn't have any trouble finding a buyer. 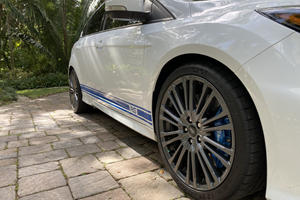 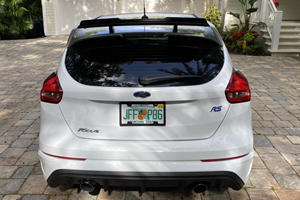 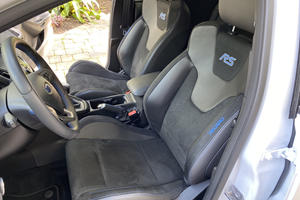 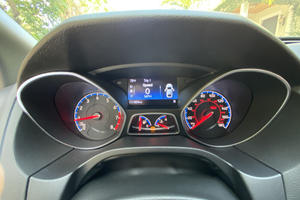 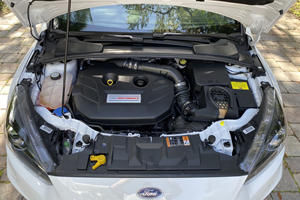 Model Overview
2019 Subaru STI S209 Review: Finally, We Get The Cool One