Imagine the current M2 but more powerful, lighter and aerodynamic.

Our spy photographers have captured what could potentially be a prototype version of an M2 CS (Club Sport). Reports of a more powerful and hardcore version of the M2 are not new. The basic idea is to turn the M2 into a downsized version of the super limited-edition and Spain-only M4 CS. That car is a lot like the M4 GTS but not nearly as hardcore. For one, it has back seats! In addition to featuring a design similar to the M4 CS' the M2 CS looks like it will feature the bigger M's engine. 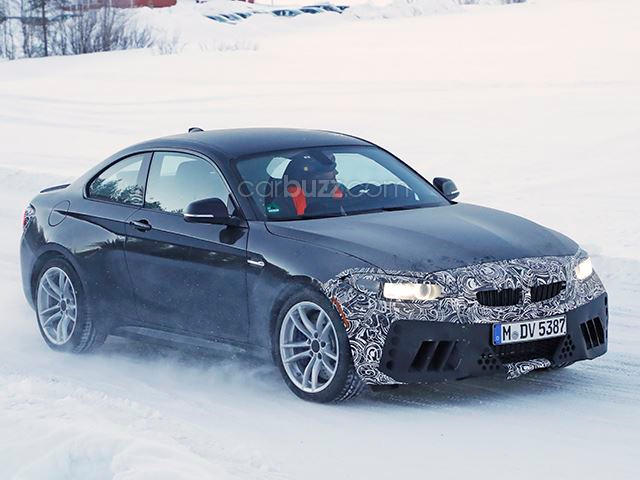 The beefier engine could boost power up from the current M2's 365 ponies all the way up to 400 (or more) horsepower. That, plus the weight savings and newfound aerodynamic aids should make it a ton of fun to throw around. At the moment the engine swap is just a rumor, albeit one given credence by these new photos. Check out the front end. Normally the return line for the dual-clutch transmission cooler is right smack dab in the middle of the car's kidney grille. Here it appears to be in the lower part of the grille, just like on the M3/M4. Another giveaway is the aggressive camo/armor used on the front end. BMW wouldn't go through all that trouble if it wasn't hiding something…

Also, our spies noted that previous camo'd M2s were seen with bigger brakes fitted, as in those on the M3 and M4. The M2 CS has a tentative debut date of sometime in 2018. Given the relatively light camo it seems as though a reveal could come earlier. It may all depend on whether or not the N55 engine is swapped out for the S55. While we'd love to see the swap go down tuning the existing engine in the M2 would also be just as good. 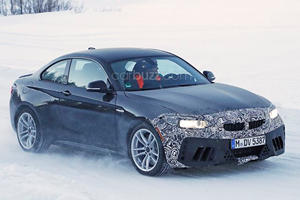 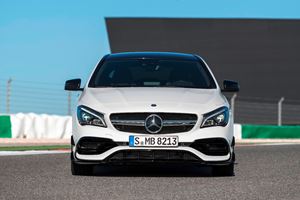