A Clockwork Orange Probe 16 Is An Old-School Movie Star

"Welly, welly, welly, welly, welly, welly, well. To what do I owe the extreme pleasure of this surprising visit?" says Anthony Burgess in the cult classic film a Clockwork Orange. That is exactly our thoughts as we gaze upon this exquisite 1969 M-505 Adams Brothers Probe 16 which is going up for auction under the Bonhams banner later in August. This car is a rare one, and although it won't make the list of most expensive cars on auction, and it won't even come close to matching the 1965 Ford Mustang Shelby which sold for $3.5 million last month, this car is still one rare beauty with a very rich history.

The car was designed back in 1969 by the brothers Dennis and Peter Adams and was based on racing designs they came up with for the legendary sports car manufacturer Marcos. The car was designed and produced to be an "investigation into extremes of styling". Only three examples were ever built. The second car ever built, which is the car on sale here, was put together in 1969 and featured at the famous London Auto Show of the same year where it won the design award as the Best British Styling Exercise. The third car ever built was sold to famous American songwriter Jim Webb and starred in the 1971 film "A Clockwork Orange", by director Stanley Kubrick.

The car featured here was recently invited to form part of the 'Hollywood Dream Machines' - Vehicles of Science Fiction and Fantasy' at the Petersen Automotive Museum in Los Angeles, as the Durango 95 from A Clockwork Orange.

This car might look like a speedy machine, but when you look at the specs you'll realize that it will offer more of a mild driving experience. Power comes in the form of a 1.9-liter JanSpeed-tuned four-cylinder engine with a twin-choke Weber carburetor which is estimated to deliver 100 horses at 5,500 rpm. Power is sent to the rear via a four-speed manual transaxle gearbox and the car also features four-wheel independent suspension and four-wheel disk brakes. 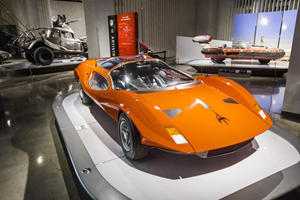 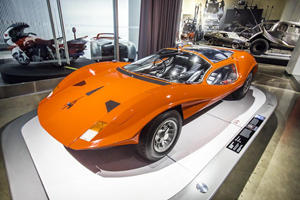 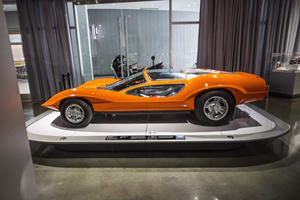 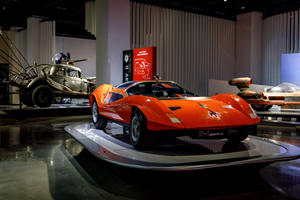 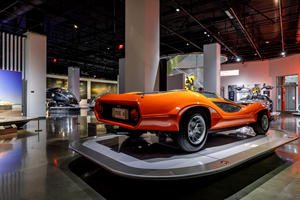