The Cannonball record has been broken an absurd number of times in the past few months.

It's getting tough to keep up with the latest Cannonball Run news these days. The New-York-to-Los-Angeles time record has been broken - and re-broken - a dizzying number of times since last November. Most recently, the solo record fell to one Fred Ashmore in June, driving a rented Ford Mustang GT whose interior was basically converted into one giant fuel tank. Ashmore managed to crack the 26-hour mark, refueling just once and averaging 108 mph on his journey.

Now, the record has been broken again, by the same guys who set the 27-hour, 25-minute record back in November, Arne Toman and Doug Tabbutt, and they did it in a fake cop car.

The newest record set by Toman and Tabbutt wasn't quite as planned out and premeditated as the typical Cannonball Run; after Toman's 2015 Mercedes-AMG E63 was damaged following a collision, he replaced it with a 2016 Audi S6, and got straight to work modifying it for Cannonball duty, hacking through the project in just a few days. The most interesting of the modifications is a reshaped front grille and a decoy badge to make it resemble a Ford Taurus-based Police Interceptor Sedan when viewed from a distance.

We don't know that the modifications would have been enough to fool any state police officers, but, well, the duo's record attempt was a success anyway, although that might have just as much to do with their constant contact with a team of scouts keeping watch for law enforcement.

In the end, Toman and Tabbutt managed a 25-hour, 39-minute Cannonball Run in their 2016 Audi S6, maintaining an average of 110 mph - 112 mph if you omit their five fuel stops. As traffic levels across the country continue to return to normal following widespread shutdowns due to the coronavirus pandemic, we don't imagine the conditions will ever again be quite so conducive to new Cannonball records, so this new record could be the last word for awhile. But then again, we've been wrong before. 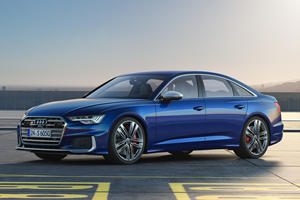 First Look
7
2020 Audi S6 First Look Review: BMW Has Been Warned
This 444-hp luxury performance sedan is what we've been waiting for. 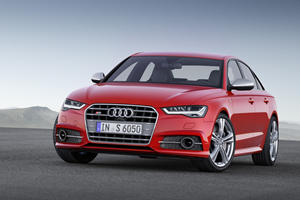