A Hellcat-Powered Grand National Is Coming

This digital rendering will soon become a finished product

The reason most gearheads love cars is the fact that the automotive world is so diverse. From SUVs to hypercars, there's something for everyone and it's our imaginations that keep the evolution of car designs going. But before you can slap a car together you have to plan and design. The end result of this process is usually a digital or print rendering which gives us a good idea of what can be. Some of our recent favorites include a Ford Mustang crossed with a Ford Ranchero, or that Cadillac Escalade that was turned into a 1950s wagon. The Buick Grand National you see in front of you might look like the real deal, but it's an expertly crafted rendering by legend Abimele Design, and the rumor is that this beast will actually be built.

This Grand National has undergone a digital heart transplant and now features a Hellcat engine. That means a 6.2-liter supercharged V8 engine producing a massive 797 horsepower and 707 lb-ft of torque. Since its only a digital design, for now, build details are few and far between. Abimelel Design actually has a Grand National with the same engine transplant in real life, but the renderings show a final product that has underwent some serious body modifications.

We've always thought that the Grand National looks badass, and the retro legend is making a massive comeback, especially amongst younger fans. The car here is seen sporting massive fender flares, a drag-race style rear wing, as well as a massive hood scoop. It's all murdered out for extra effect.

Abimele Design says of the design "The renders you see on this page are, most of the time, ideas that I come up with and I'd like to share with you, but one of my favorite things to do is to take that skillset and help on real cars getting built. These renderings can help a lot when deciding paint, parts, or some other ideas that somebody could have while building a car. Such is the case with @project_hellnational's Buick, the first Hellcat swapped Grand National in the world!"

We cannot wait to see the final product laying down some black stripes. 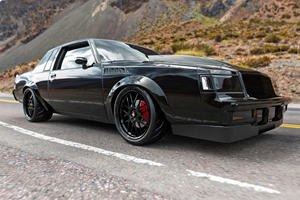 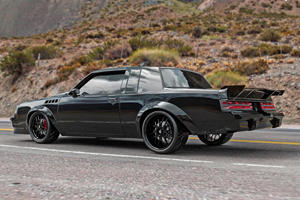 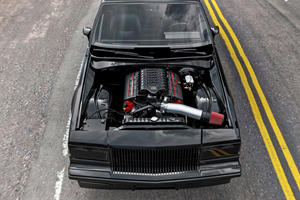 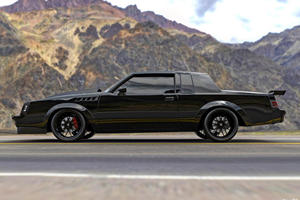 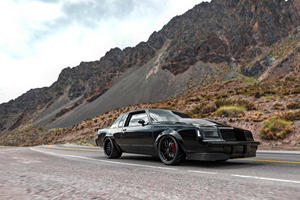