A Lot Of New Porsche Models Are Coming For 2021

Like all luxury German automakers, Porsche has become an expert at offering several variants of the same model. Best example: the Porsche 911. This strategy of "something for everyone" works brilliantly, so why change anything? Along with the 911, other Porsches including the hot-selling Macan also have many trims on hand. Not surprisingly, the upcoming 2021 model year is going to be a busy one for Stuttgart.

A member of the Taycan EV Forum has managed to obtain leaked National Highway Transportation and Safety documents that show a number of new Porsche models are coming very soon. The list is quite detailed, covering the 718, 911, and the all-electric Taycan.

Although exact reveal dates were not provided, the documents clearly indicate the following new models are due in 2021:

Earlier this month, the rest of the refreshed Porsche Panamera lineup was revealed, among them the all-powerful 689 hp Turbo S E-Hybrid. The Porsche Macan and Cayenne SUVs, meanwhile, appear to be unchanged for the new model year. Aside from the new 911 GT3 and GT3 Touring, perhaps the most interesting new models will be the Taycan Cross Turismo lineup. In general, they will be mechanically identical to their sedan counterparts; only the wagon body style is new along with some additional exterior styling changes.

Earlier this month we caught a near production-ready Taycan Cross Turismo prototype out testing on public roads and it appears its body is slightly raised as well. We'll know full details in due time. A fully-loaded Cross Turismo Turbo S is expected to cost around $200,000, a figure that sounds about right given the Taycan Turbo S has a $185,000 price tag. Still, an all-electric wagon with 750 hp and 774 lb-ft on tap will likely be worth every penny.

As for the 992 generation 911 GT3 and GT3 Touring, both are expected to come powered by a naturally aspirated 4.0-liter flat-six with at least 500 hp. The Touring version is the one with a manual transmission. No word yet on pricing, but the outgoing model's $145,000 MSRP is a pretty good indicator. And yes, it might sound hard to believe but the Porsche Boxster is nearly a quarter-century old. 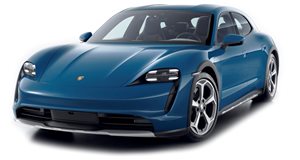 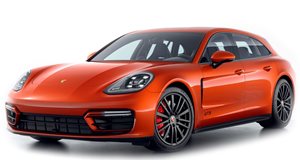