Would you like to see the Chevrolet Monte Carlo make a comeback?

You'd be forgiven for forgetting about the Chevrolet Monte Carlo as the two-door coupe based on the Chevrolet Impala hasn't been on sale in well over a decade now. Sadly, it didn't get the greatest send-off as the last-generation Monte Carlo's design was very divisive, and as far as coupes went, the Chevy Camaro ruled the roost.

The Sketch Monkey compares the 2021 Monte Carlo's soft styling to "melted cheese" due to its abundance of curves and lack of sharp edges. To fix this, The Sketch Monkey sharpened the rear windows and added slimmer taillights.

The rear spoiler is also incorporated into the trunk lid and the car's original five-spoke wheels have been replaced with more stylish multi-spoke rims. Overall, the rear more closely resembles the sharper-looking 1980s Chevrolet Monte Carlo. We think it's a massive improvement over the original 2001 Chevrolet Monte Carlo SS. The facelift version introduced for the 2006 model year improved the styling but it was discontinued just a year later.

The sixth-generation Monte Carlo was powered by a 3.4-liter V6 producing 180 horsepower in the LS version, but the SS version modernized by The Sketch Monkey packed a 3.8-liter V6 with 200 hp.

A supercharged version of the 3.8-liter V6 model was also available for the 2004 and 2005 model years with an increased output of 240 hp, while the refreshed Monte Carlo SS that launched in 2006 received a massive power bump thanks to a 5.3-liter V8 producing 303 hp. Chevrolet hasn't shown any desire to bring back the Monte Carlo, and with the last Impala off the line and officially sold, this modernized version will have to remain a fantasy for now. 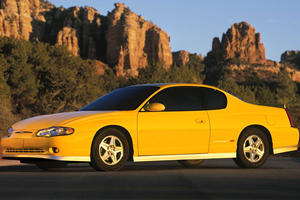 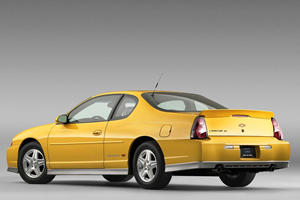 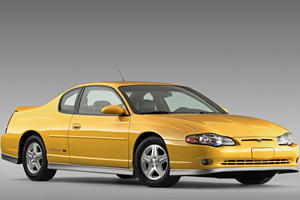 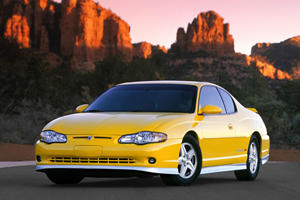 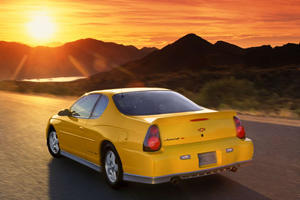 Model Overview
2020 Ford Mustang Coupe Review: All About The Base