The open-top Bugatti Chiron will reportedly cost over $10 million.

But four years after the Chiron launched, Bugatti still hasn't launched a topless roadster version as a successor to the Bugatti Veyron Grand Sport. Bugatti has already said it has no plans to build a Chiron roadster, but we were skeptical. Now, sources have told The Supercar Blog that a Bugatti Chiron roadster is finally happening for one special customer.

Details are scarce, but the open-top Bugatti Chiron is reportedly being offered to customers as a special one-off project. As you would expect, it will be a lot more expensive than the standard Chiron, which already starts at a whopping $3 million.

According to The Supercar Blog's sources, the Bugatti Chiron roadster (the final name hasn't been confirmed) will cost €9 million before taxes - that's around $10 million, which would make the open-top Chiron even more expensive than the $9-million Bugatti Centodieci. This won't make it the most expensive Bugatti ever, however - that title belongs to the Bugatti La Voiture Noir, which sold for $18 million.

Like the standard car, the Bugatti Chiron roadster will be powered by an 8.0-liter, 16-cylinder quad-turbo engine, which produces 1,500 horsepower in the standard Chiron. This would make the open-top Chiron one of the fastest convertibles ever made. The high asking price and limited production also suggest this will be something more special than a roofless Chiron.

Potentially, it could be a speedster version with bespoke styling and a wraparound windshield inspired by the Veyron Barchetta concept that never went into production. Production of the Veyron Grand Sport was limited to 150 units, but we're expecting the open-top Chiron to be much rarer. 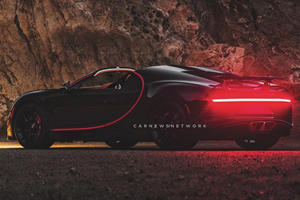 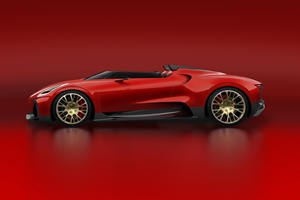 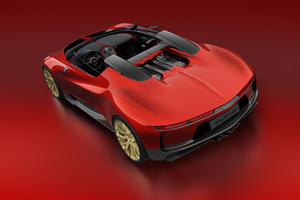 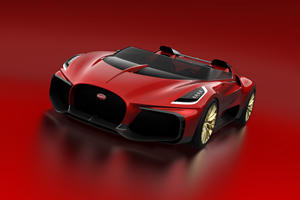 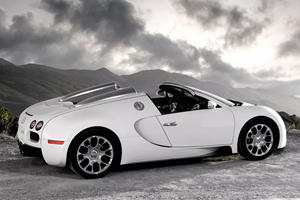