Can Acura's racer find success on its debut?

Last year, we reported that Acura took a TLX Type S to the Pikes Peak International Hill Climb, but this particular car didn't participate in competition. Rather, it was used as a pace car while other Acuras (including another two TLX Type S sedans, one of which finished on the podium) took on the hill's stopwatch and a privateer entered an NSX. The NSX performed well, but its achievements were ultimately overshadowed by those of a Tesla Model S Plaid that went up the hill quicker.

This year, Acura is returning with a vengeance, bringing with it five race cars, each of which will be driven and crewed by engineers from Acura's R&D division. In addition, Acura once again has the honor of providing the pace car, only this time, the limited-edition NSX Type S will be used, with Renee Brinkerhoff behind the wheel.

Excitingly, the all-new Acura Integra will be there too, making its motorsport debut on June 26 at the 100th outing of the Pikes Peak International Hill Climb. The car will be driven by Pikes Peak rookie Paul Hubers in the Exhibition division and the Integra will be wrapped in a red, gray, and white livery that pays homage to Acura's first-ever race car, the first-generation Integra that won back-to-back IMSA Championships in 1987 and 1988.

This will be the brand's 12th consecutive year competing at the iconic course, and Acura will be looking to add to its impressive tally of 25 podiums, 12 first-place finishes, and multiple course records.

Competing alongside the Integra (not literally, of course) will be two "race-ready versions" of the NSX Type S, driven by brothers James and Nick Robinson. James Robinson set the current hybrid fuel class record in 2020 with a time of 10:01.913, and he will be entered in the Time Attack 1 division while his brother will be in the Exhibition division. A pair of TLX Type S sedans will also be there, with one driven by Jordan Guitar (Exhibition) and the other by Justin Lumbard (Time Attack 1).

We're most excited for that Integra though, and the choice of a retro livery is just icing on the cake. Bring on June 26. 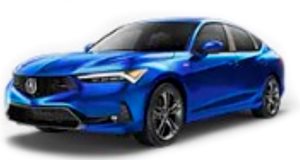 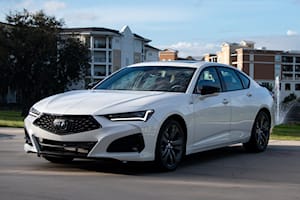 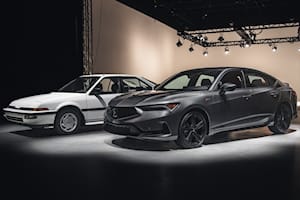