We were keen to see if the new Q5 would look as good as its best-selling predecessor, and when the covers came off here in Paris we were impressed. The initial feeling is that they got things just right. The big SUV looks meaner, meatier and gives off a more solid and sporty stance. The singleframe grille and the flat nose with those LED headlights will make sure people get out of your way on the highway. There's no doubt it will command respect. In the right color (14 options) rolling on optional 21-inch wheels, it's pure intimidation. 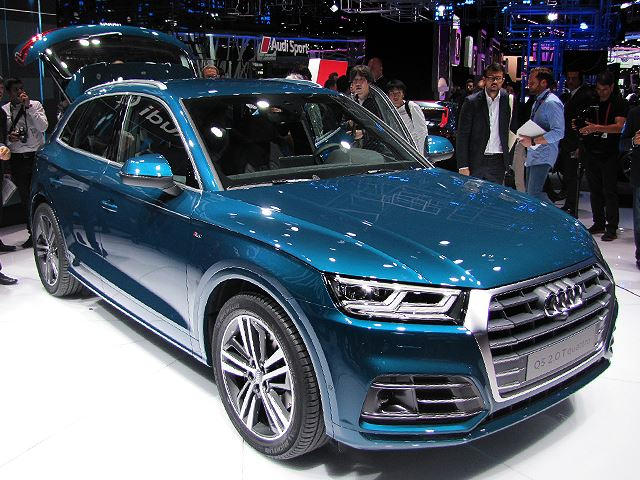 Even though it's bigger, 198.4 lb has been saved in weight thanks to new lightweight materials. The Q5 measures in at 15.3 ft in length with a 9.3ft wheelbase, 6.2 ft wide and 5.4 ft tall. The new Q5 can be had with S Line packages, the S Line Sport package seen here is fully color-coded, the others leave parts in a contrasting grey. Inside we could easily fit 5 friends with room to spare. Fit and finish is great and controls are intuitive and within easy reach. The MMI terminal in the center console controls everything via a rotary push button, but you can also use the 8.3-inch touchscreen display. Audio is via a Bang & Olufsen system and there's inductive charging for mobile phones to eliminate charge wires.

There are five powertrains for the new Q5; four TDI and one TFSI. Range toppers are the 2.0 TFSI gasoline lump with 252 hp, but the 3.0 TDI will probably be the one to get, it makes a great 286 hp with a high 457 lb-ft of torque. Drivetrains include a redeveloped six-speed manual, a seven-speed S tronic and an eight-speed tiptronic, which will only be seen in the 3.0 TDI. The quattro system features ultra technology so it will disengage the rear drive when not needed, but it stays ready to reengage when the ECU senses the need for it. The new Audi Q5 range will go on sale at the beginning of 2017, in Europe the 2.0 TDI 160-hp quattro S tronic will start off at just on $50,000 - we'll see how that pricing translates in the US. 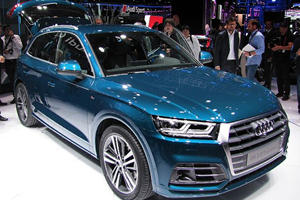 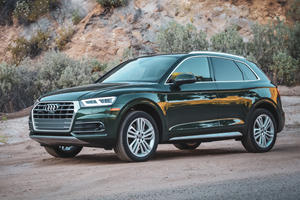