The spicy wagon is undergoing development, and we think it could come to the US.

Back in early 2019, Audi confirmed that it would bring the high-horsepower RS6 Avant (wagon) to the US. Recently, BMW chose not to bring its new M3 Touring to the US because it would be too difficult and too expensive to homologate for our market's regulations. The RS6 did not have that problem because there was already an A6 allroad on our shores, which leads us nicely to the subject of the RS4 Avant.

We have access to the A4 allroad, so surely it wouldn't be too difficult to offer the RS version of the A4 wagon to American consumers. And based on the apparent success of the RS6 wagon, we think the new RS4 wagon that our spy photographers have just spotted should be a shoo-in for the US market. Let's start with the facts we have on the prototype you see here, and then we'll explain why the RS4 could and should come to the US.

The body of the test mule spotted here is that of a regular A4 Avant, so we won't comment much on the styling hiding beneath this camouflage. But how do we know that this is the RS4, then? Well, our photographers captured this development car testing alongside the RS6 and noted that when the RS4 came past, it had a beefy exhaust note. In addition, we can see evidence of its plug-in hybrid underpinnings in a decal on the rear window. The last news we got on the RS4 strongly suggested that the new model would come with hybrid power, so everything adds up.

We suspect that the test vehicle seen here is simply a powertrain mule for the time being, with the production body to be spied in a few months to come. Sadly, we can see that a regular gear shifter has been eschewed in favor of a switch, and the new steering wheel is rather quirky, if not downright ugly. A sportier tiller should be offered with the production RS4, though.

So why does it make sense to offer the RS4 in the US? Well, as we mentioned, it wouldn't be difficult to legalize the car here, especially with an all-new platform. In addition, when the potential for an RS6 wagon to be offered in the US was made public, the demand was huge, and to this day, you can find new and used RS6s retailing for well above MSRP. Despite the fact that there isn't much competition to compare the RS6 to, Audi realized that enthusiasts would appreciate it, and they have. The same thing could happen for the RS4, even if it is in limited numbers. And with a lower asking price than an RS6, more people could afford to get behind the wheel.

Nothing is confirmed at this point, and it's too soon for Audi USA to be able to make any official comments on the matter, but we still think it's possible that Audi will go back on its word that the RS6 would be the "last chance to get a performance wagon in America." Fingers crossed. 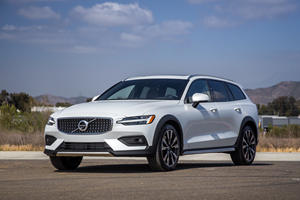