Let's face it: Buick saved the day during a dismal decade for gearheads.

The best muscle car of the 1980s was not the Ford Mustang, Chevrolet Camaro, or Pontiac Firebird. All three, to be fully honest, were not having the best decade. But in 1982, a bunch of Buick engineers got together and retrofitted 215 Regals with the GN Package, and the iconic Grand National was born. On this latest episode of House of Muscle, host Mike Musto gets behind the wheel of a 1987 model year Regal Grand National and a GNX, of which just 547 examples were built.

These Buick engineers continued to act very un-GM like at the time (that's a compliment) in 1984 by essentially taking a 3.8-liter V6 engine and turbocharged it. While the standard Buick Regal was considered a personal luxury coupe, these engineers realized the rear-wheel-drive coupe had lots of untapped potential.

Then they painted it all black. No chrome. While the naturally aspirated '82 Regal Grand National produced just 125 hp, by '84 it had 200 hp. In 1987, output increased to 245 hp. Also that year, the Grand National Experimental, or GNX, had its debut. With 300 hp on tap, these engineers knew this would be the final model year of the Regal's RWD platform (it switched to a new FWD setup in '88), so it made sure to go out with a bang. Both cars are now icons and literally saved an entire decade from becoming a complete domestic performance write-off. 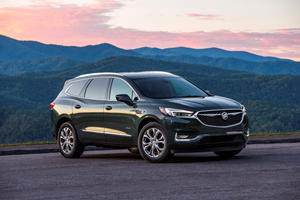