That doesn't mean there won't be a few nice incentives coming soon.

It now appears that 2016's record auto sales will go down as the high water mark for this current flow as the demand for cars, trucks, and SUVs ebbs out. Production facilities will cut shifts, dealers will be left saddled with inventory, and automakers will be doling out incentives on vehicles, especially those of the non-SUV variety because in total, auto sales in April 2017 fell 4.7% over the same period last year according to the Detroit Free Press.

This marks the a continuation of a downward trend that began in January and that has forced the auto industry to recalibrate its targets and pivot strategies to cut costs and endure the downturn. "Over the past six months we've watched nearly every automaker go from positive to negative sales volume, confirming the plateau in this latest sales cycle," said Karl Brauer, executive publisher for Autotrader and Kelley Blue Book. As bad as it may seem, many automakers don't see this as a crash but rather a plateau. "We have to let the year play out," he said. "I am not discouraged by the numbers. I view it as within some kind of normal range in a plateauing industry," said Mark LaNeve, vice president of Ford sales and marketing.

TO gauge the hefty sales decline, Reuters published a list of the top 20 best selling models both in April of 2017 and through April 2017. The top five best sellers for the month of April in descending order are the Ford F-Series, Ram, Chevy Silverado, Honda CR-V, and Toyota Rav4. Aside from the fact that not a single one of these cars is a sedan, it's worth noting that this April has a few contrasts to the April 2017 Year To Date sales, which depict the Silverado in the second place spot and the Nissan Rogue taking fourth place, sending the Honda CR-V to fifth and bumping the Rav4 off the list completely. The fact that America is still infatuated with trucks and crossovers argues that the current downturn is all just part of the natural ebb and flow of the industry. 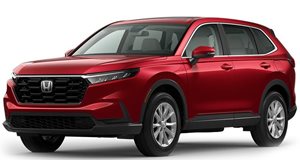