America's Mail Will Be Delivered On Electric Power

If an $8 billion plan is pushed in Congress.

While the Ford F-150 is America's workhorse, the Grumman Long Life Vehicle is arguably even tougher. The Grumman LLV, best known as the United States Postal Service mail truck since 1987, was specifically designed to ensure more than two decades on the road. Having left production in 1994, the LLV has served honorably and is due for a replacement. Earlier this year, the USPS announced a new electric replacement for the Grumman LLV called the Oshkosh Next Generation Delivery Vehicle (NGDV).

Like the recently-announced Ford e-Transit, the NGDV is a fully electric delivery van. The vehicle will cost less than $35,000 and drive at least 70 miles on a full charge. Switching to an all-electric fleet will incur a hefty price tag, but according to The Washington Post, House Democrats want to give the USPS some assistance.

The House committees on Oversight and Reform and on Transportation presented a proposal that would allow the USPS to purchase 165,000 new electric vehicles over the next decade. This plan will cost a reported $6 billion of taxpayer dollars and only account for 10% of the total USPS fleet. The typically self-sustaining agency currently employs several gas-powered vehicles, including the Ram ProMaster, Mercedes-Benz Metris Cargo (with USPS emblems replacing the three-pointed star), and the aforementioned Grumman LLV. In this plan, the remaining 90% of the fleet would use internal combustion engines, with the ability to swap to an EV drivetrain after several years.

Postmaster General Louis DeJoy says making a larger push to EVs would require additional charging infrastructure, amounting to an additional $2 billion. A letter from House Democrats seeks to provide the full $8 billion investment to help the USPS reach a 75% electric fleet and only purchase fully electric vehicles after 2040.

This plan falls in line with the Biden Administration's agenda, which involved cutting greenhouse emissions in half by 2030. Automakers are on board with these plans, as are other major mail delivery organizations. Amazon will soon deploy all-electric vans from Rivian, and FedEx will partner with General Motors to purchase the BrightDrop EV600 van. The bill for electric USPS vans will need further revisions before being sent to the Senate, where the price tag will likely see a trimming. 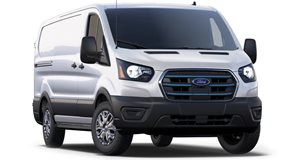 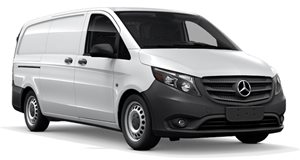