An employee at a Mercedes-Benz factory in Vitoria-Gasteiz in northern Spain has been fired following his chosen method of protesting against possible mass layoffs. According to El Correo, the 38-year-old now-former factory worker managed to hijack a Caterpillar heavy bulldozer parked outside of the facility's grounds and rammed it through the front gate on the night of December 30.

The 38-year-old then began his rampage of destroying more than 50 Mercedes EQV, V-Class, and Vito commercial vans. The total value of the now-totaled vehicles is over 2 million euros. The unnamed worker hadn't lost his job before his "protest" but he's definitely unemployed now.

His rage must have been very deep because the bulldozer he stole was located 13 miles away from the factory. During the theft, he also damaged two other industrial shovels, a parked car, and other construction materials. His journey to the factory also caused damage to public roads.

Following the van destruction carnage, the guy headed to the production line itself, specifically the final stage. His ultimate goal was to gain access to the robotic assembly line because the new technology required fewer human employees, hence the possible layoffs. Security guards managed to stop him before he reached the line.

If he and his stolen bulldozer did begin smashing the assembly line, chances are the factory would have been forced to shut down for weeks for repairs. Fortunately, aside from a small maintenance team, no one was working at the time so there were no injuries. The man was quickly arrested and is expected to be charged with multiple crimes, such as theft and destruction of public and private property. He's currently awaiting a court date in the local jail where formal charges will be brought.

The German automaker has not yet commented on the incident, but the guy's actions likely won't affect its decision whether or not to proceed with layoffs. 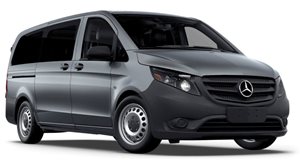